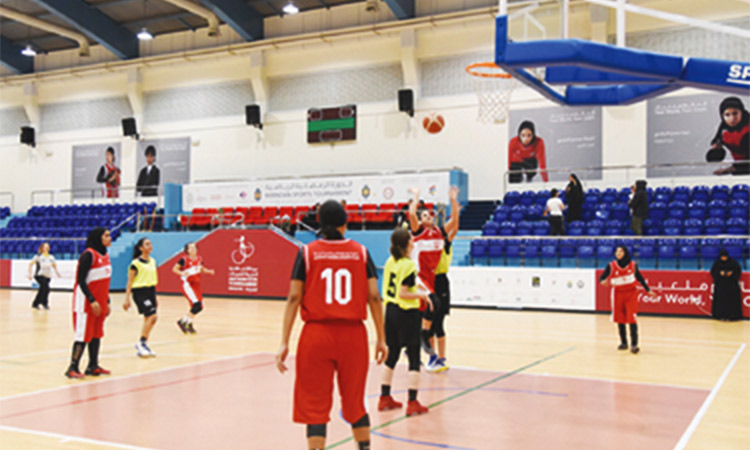 “The basketball matches that kickstarted on Monday hold the promise of shaping a generation of outstanding players, who we hope will become professional players and go on win tournaments.

“These games will throw up gifted and experienced players for our national teams who will further UAE’s achievements in international sporting events.” she added.

The qualifiers to the finals will compete later to determine the top three winners. Winners in the volleyball finals – Elite Volleyball Academy which ranked first, Italian Espera Moonves second and Sharjah Women’s Sports Club third - will be presented their medals at the conclusion of the day’s events.

The tournament saw the participation of 340 players from 25 teams from across the UAE in four sports – basketball, volleyball, shooting and karate. It is yet another achievement for the SWS, which contributes to the development of women’s sports in the UAE by hosting prestigious sporting events. SWS seeks to develop the players’ capabilities, giving them the opportunity to further their skills. It also aims to discover, support and stimulate promising and talented athletes to hone their skills and enable them to compete in global tournaments.

Established in November 2016, under an Emiri decree issued by His Highness Sheikh Dr Sultan, SWS aims to empower national women athletes and develop human capital in the field of women’s sports. It also seeks to create a talented generation of women leaders in sports, encourage women’s participation in different sports, foster a culture of sports and provide a stimulating environment that contributes to advancing women’s sports.