Federer packing in Rome practice ahead of French Open - GulfToday 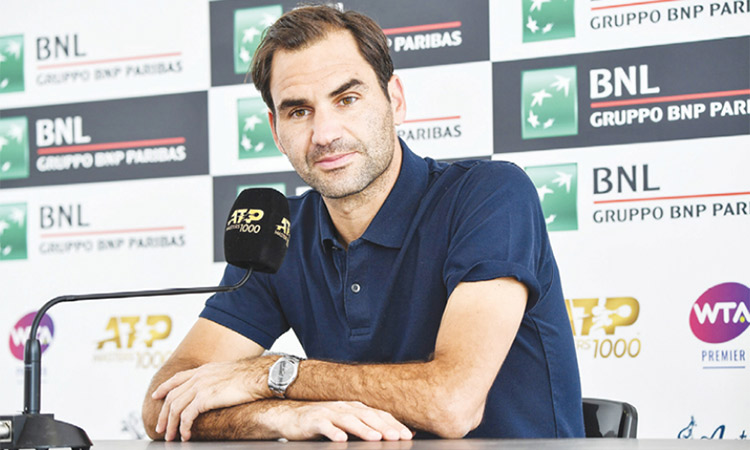 Roger Federer addresses a press conference during the ATP Masters tennis tournament at the Foro Italico in Rome on Tuesday. Agence France-Presse

Roger Federer insisted Monday his focus at this week’s Italian Open was on getting more match practice on clay ahead of the French Open in two weeks time.

The 20-time Grand Slam winner has not played on the red clay in the Foro Italico since 2015 when he finished runner-up for the fourth time, losing to Novak Djokovic in the final.

“Regardless of what happens here, I just think it’s good for me to play matches at this stage,” said world number three Federer before his first match on Wednesday.

He has a first-round bye as the number three seed, and will begin his tournament against either American Frances Tiafoe or Portugal’s Joao Sousa.

The 37-year-old’s performance in the Madrid Open last week has boosted his hopes of winning the French Open, a decade after his only title there.

He fell in the quarter-finals on Friday to Dominic Thiem, but twice held match point and for a set and a half was dominant against a player considered among the favourites for Roland Garros after Rafael Nadal and Novak Djokovic.

“I think I was playing well in Madrid, so I just said, again, ‘Let’s come to Rome, a city I like so much as well’.

“Madrid is a tough place to play. I felt like playing somewhat maybe more sea level conditions would be good for me.

“There would be excitement, more excitement than me coming to a practice court in Switzerland.

His arrival in the Italian capital has been a boost for organisers who doubled ticket prices after it was announced he would be playing.

Federer is in the same half of the draw as eight-time Rome winner Rafael Nadal, who is looking for his first clay title this season before his French Open title defence.

Meanwhile, US tennis player Nicole Gibbs says she will miss the French Open because of surgery to treat salivary gland cancer.

The 26-year-old, ranked 116th in the world, said on Twitter that the procedure is scheduled for Friday, and she’s aiming to try to qualify for Wimbledon in June.

Gibbs reached the third round of the 2014 US Open and 2017 Australian Open.

She said in her tweet that her dentist discovered a growth on the roof her mouth about a month ago, and her surgeon is “confident that surgery alone will be sufficient treatment”. 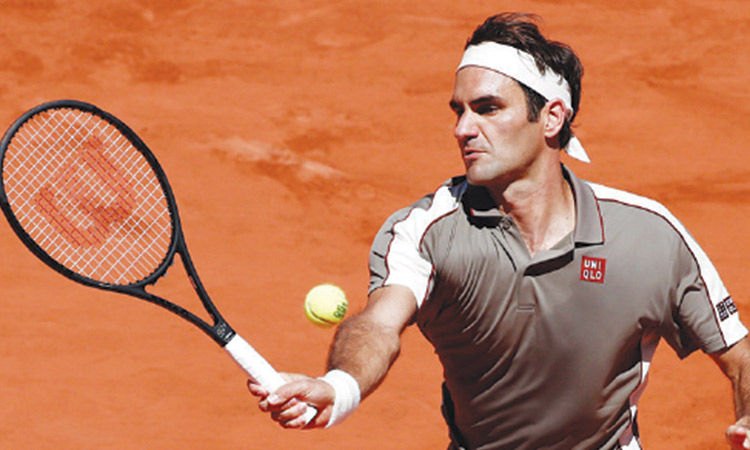