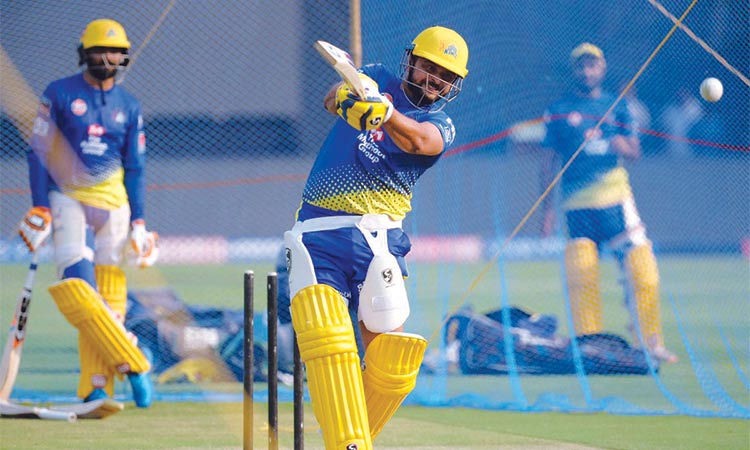 Riding high on confidence, Delhi Capitals will aim to make it to their first IPL final when they take on Chennai Super Kings (CSK) in Qualifier 2 of the ongoing edition of the Indian Premier League at the ACA-VDCA Cricket Stadium, on Friday.

The Delhi-based franchise have never made it to IPL final and thus would be eager to come out with yet another inspirational performance and set up a summit clash with the Mumbai Indians.

The young Delhi side, which have been magnificent in this IPL edition, defeated Sunrisers Hyderabad in a nail-biting Eliminator on Wednesday. After restricting SRH to 162, Delhi eventually crossed the line with two wickets in hand in the final over of their chase.

Prithvi Shaw scored a brisk half century against the Orange Army and the Delhi management would be ecstatic now that their second opener is also amongst the runs.

However, Shreyas Iyer would be wary of the fact that they cannot take CSK lightly even though the defending champions were completely outplayed in the first qualifier.

“We’re definitely not going to be intimidated by any team. Looking forward to the next game,” Iyer had said after the SRH game.

Against Mumbai Indians, the Yellow Brigade was found wanting against the spin trio of Rahul Chahar, Krunal Pandya and Jayant Yadav. Despite having loads of experience, the CSK batters were not able to score freely and were restricted to a meagre 131 which Mumbai chased down with ease.

What goes in Delhi’s favour is their fearless brand of cricket which they have displayed throughout this season and their fans would be hoping for another such performance against CSK.

Meanwhile, Delhi skipper Shreyas Iyer said the last two overs of their chase in the eliminator against Hyderabad were “like hell”.

Chasing 163 in order to make it to the Qualifier 2 of the ongoing edition of the Indian Premier League (IPL), Delhi towards the end needed 12 runs from 12 balls which further came down to two needed off the last two with three wickets also falling in between, at the ACA-VDCA Cricket Stadium on Wednesday.

It was for the first time for the Delhi-based franchise that they won their IPL playoff or knockout match.

“I can’t express my emotions,” Iyer said at the post-match presentation ceremony.

“It was such a pressure situation. I was just sitting with my teammates and it felt as if I’ve been sitting with them for years. Those last two overs it was like hell, to be honest.”

“I could see the happiness in everyone’s faces, and it was an amazing feeling to see them coming out and expressing themselves.

“Obviously, the joy we’re going to share after victory is going to be really good. And yes, hoping for another one against Chennai.

“We’re definitely not going to be intimidated by any team. Looking forward to the next game,” said the Delhi skipper.

Earlier, it was opener Prithvi Shaw who set up the chase for Delhi by scoring a brisk 56 off 38, before Pant blasted 49 off 21 to take them to the brink of victory.

Iyer said he never tried to interfere with the instincts of both the batsmen and let them play their natural game.

“I personally feel you can’t really control them (on Pant and Prithvi). When you stop a batsman like Pant or Prithvi, it hampers their mind and their flow. It was good that both of them came good tonight,” said Iyer.

Meanwhile, Pant, who was adjudged the Player of the Match, said he should have finished the game for the team.