Chennai and Mumbai to lock horns in Qualifier 1 - GulfToday

Chennai and Mumbai to lock horns in Qualifier 1 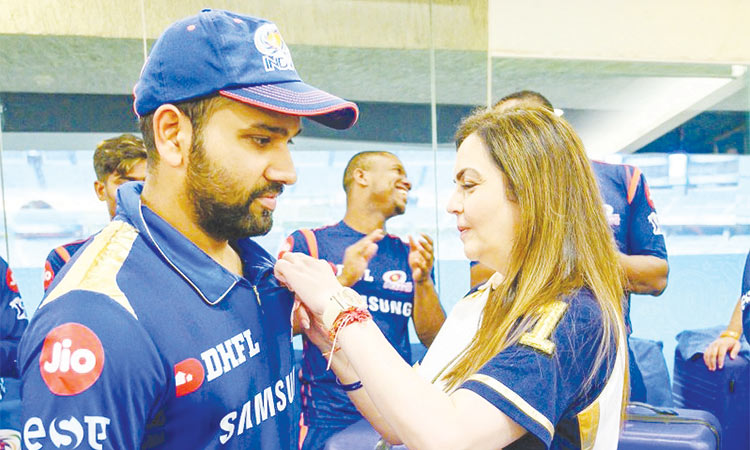 Chennai: The first finalist of the ongoing edition of the Indian Premier League (IPL) will be decided when Chennai Super Kings (CSK) take on Mumbai Indians in the Qualifier 1 at the MA Chidambaram Stadium in Chennai on Tuesday.

In their final group stage encounter, both the teams had contrasting results. Mumbai would be riding high on confidence after clinching a convincing nine-wicket win against Kolkata Knight Riders (KKR) to acquire pole position in the points table.

The Mumbai-base franchise seems to have all their bases covered. In Quinton de Kock and Rohit Sharma, they have one of the finest opening pair in this edition. They have big hitters like Hardik Pandya and Keiron Pollard who have been in top form in this IPL. And their bowling boasts of having one of the best seam attacks, having the likes of Jasprit Bumrah and Lasith Malinga in their arsenal.

On the other hand, Chennai had to face a crushing defeat in their last encounter against Kings XI Punjab (KXIP). The Yellow Brigade have their shortcomings in all departments, something which skipper MS Dhoni is aware off. However, the three-time IPL champion have the experience of playing in big matches and handling pressure, something which is known to all.

The excessive humidity and the spinning Chinnaswamy track is bound to assist the home team and it would require a herculean task from Mumbai to beat Chennai in their own backyard as said by Pandya.

“Definitely, Chennai is a different challenge. It will be a cracker of a game. We just hope to get the best out of that one and go through to the finals,” Pandya had said after the match against KKR.