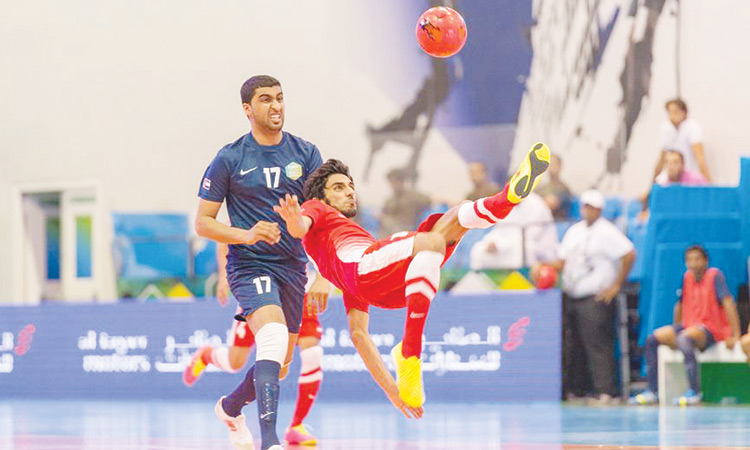 The seventh edition of the Nad Al Sheba Sports Tournament will see more than 6,500 participants in action over the coming 18 days in 13 different events.

The Tournament has seen more than 22,000 athletes take part over the past six seasons, including amateurs and international legends like Zinedine Zidane and Falcao, and even Ambassadors and Consul Generals of different countries.

“The NAS Sports Tournament was launched seven years ago, under the guidance and patronage of Sheikh Hamdan with the objective of promoting sport and attracting participants from the many different segments of our society,” said Salah Amin, Chairman of the Tournament’s Executive Committee.

“The Tournament has grown every year since to become one of the most important community sports initiative, embracing the many different segments of our diverse society. This year, as we celebrate the Year of Tolerance, we have expanded to 13 events and included cricket and snowboarding for the first time.

As part of the opening ceremony, and to encourage and promote sports among People of Determination, there will be a Sitting Volleyball exhibition game, featuring players from countries around the region, including Egypt and Kazakhstan.

Meanwhile, the NAS Cricket T10 tournament, which is being held at the Wombats Cricket Ground in DP World, Jebel Ali (Gate 7), has been increased to 24 teams from 12 following overwhelming demand.

The 24 teams have been divided into eight groups of three each, with Emirates NBD Cricket Club, CPD Knight Riders and King Khalid being dawn in Group A, and Noor, AD Tigers and Chalhoub Group in Group B. Mideast Metals, Hadaf Sporting RAK and Wolf Pack CC comprise Group C, while The Cricketers Club, DP World and Velocity Cricket Club are in Group D.

“This great interest in the NAS Cricket tournament is no surprise,” said Adil Yousif Albannay, Chairman of the NAS Sports Tournament’s Technical Committee. “Cricket is a hugely popular sport in UAE, especially among the South Asian expatriates and you can see them playing cricket everywhere.

“We are really happy to see the cricket community become a part of the NAS Sports Tournament and we are looking forward to a memorable tournament with 24 teams from across the country taking part and a total of 31 matches being played from May 7-22 at the Wombats Cricket Ground.”

“There has been a lot of enthusiasm for the Ski and Snowboarding championship at Ski Dubai as well,” said Albannay. “The men and women will be competing separately, under four different categories- Open, Under-16, Under-12 and Under-10, and there will medals for the top three in each category.”