Ribery, Robben back as Bayern go 5 points clear of Dortmund 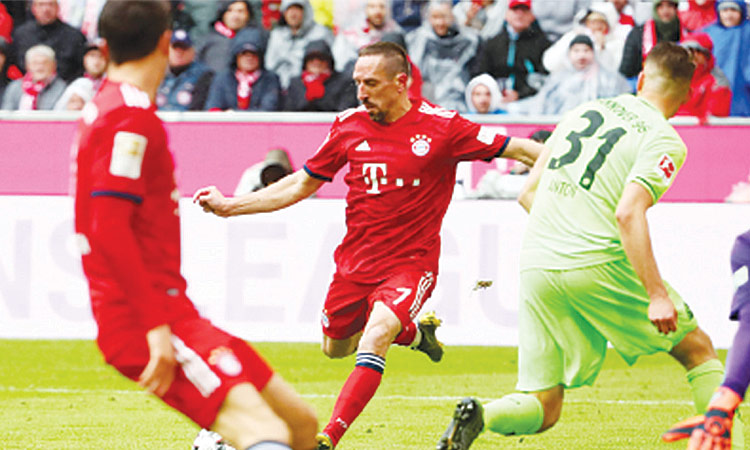 Franck Ribery and Arjen Robben returned to action on Saturday as Bayern Munich heaped pressure on Bundesliga title rivals Borussia Dortmund with a 3-1 win over Hanover.

The veteran wingers, both of whom are set to leave Bayern at the end of the season, returned from injury as Bayern made heavy weather of a crucial victory over the Bundesliga’s bottom club.

Robben made his first appearance since November while Ribery scored what may be his last ever goal at the Allianz Arena to seal a 3-1 win and put Bayern five points clear of title rivals Borussia Dortmund with a game in hand.

Dortmund face a tough trip to Werder Bremen later on Saturday. Hanover kept Bayern at bay for nearly half an hour before Lewandowski headed the hosts ahead from close range and Leon Goretzka curled the second in off the post.

The visitors hit back after half-time with a Jonathas penalty, the result of a highly controversial handball decision from VAR against Jerome Boateng.

Ribery secured the win six minutes from time, and the home fans had more reason to cheer a few minutes from time when Robben was brought on moments later. Borussia Moenchengladbach and Hoffenheim both stumbled in the race for the top four, as they shared the points in a 2-2 draw.