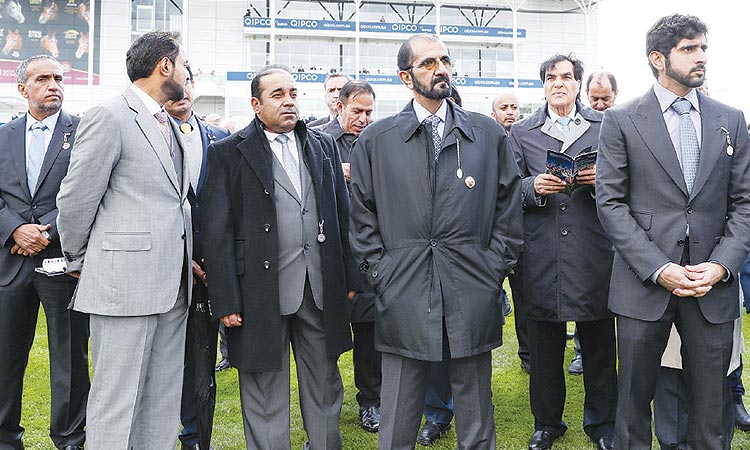 His Highness Sheikh Mohammed Bin Rashid praised the level of organisation of the first Flat Racing Classic of the season at Newmarket in which a selection of fine horses from around the world compete for the titles.

This was O’Brien’s third consecutive 2,000 victory after Churchill in 2017 and Saxon Warrior last year, a feat that was last accomplished in the 19th century.

Magna Grecia, at 11-2, stayed on strongly to comfortably deny 66-1 outsider King of Change, with Skardu at 8-1 in third.

The 20-year-old Donnacha was not even born when his father claimed the mile classic for the first time with King of Kings in 1998.

O’Brien in characteristic fashion deflected any praise directed at him, telling ITV Racing: “This is great for everybody. I’m so privileged to be part of this vast team, guided by ‘the lads’ (Coolmore stud partners Michael Tabor, John Magnier and Derrick Smith).

“It’s great for everybody.” While O’Brien was being characteristically unassuming his son had no qualms in paying him a glowing tribute.

“The horses were in great condition coming here and he’s a genius. I just need to learn as much from him as I can!”

Magna Grecia was always racing prominently on the stands side as O’Brien’s other runner, 9-4 favourite Ten Sovereigns, travelled well on the far side on his first attempt at a mile only to fade out of contention in the closing stages.

At the two furlong pole Magna Grecia eased to the front and stayed on strongly to pass the post two-and-a-half lengths clear of King of Change, with the well-fancied Skardu a length-and-three-quarters back in third.

Magna Grecia is expected to skip the Epsom Derby and stick for the time being to a mile with his next race likely to be the Irish 2,000 Guineas at the Curragh.

The four-year-old Elusive Quality filly has made five career appearances, all on dirt at Santa Anita, for trainer Bob Baffert and never finished out of the first three.

Emboldened quickened strongly from the rear to finish second on her latest outing in the six-furlong G3 Las Flores Stakes on Sunday, 7 April. She has posted two excellent efforts over seven furlongs, taking third in the G1 La Brea Stakes in December and easily winning the Angels Flight Stakes in May, 2018.

Emboldened, ridden by Joel Rosario for the first time, is drawn six in a field of seven fillies and mares that is headed by Marley’s Freedom, winner of the G1 Ballerina Stakes at Saratoga in 2018, and La Brea Stakes scorer Spiced Perfection.

Godolphin USA President Jimmy Bell said: “Emboldened has never run a bad race and is running over her ideal distance.

“She has been very competitive in Graded races on her last two starts and we knew that six furlongs would be too short for her in the Las Flores Stakes, but Bob Baffert needed to get a race into her.

“She came out of that race in good shape and had a decent workout over the track at Churchill earlier in the week.” 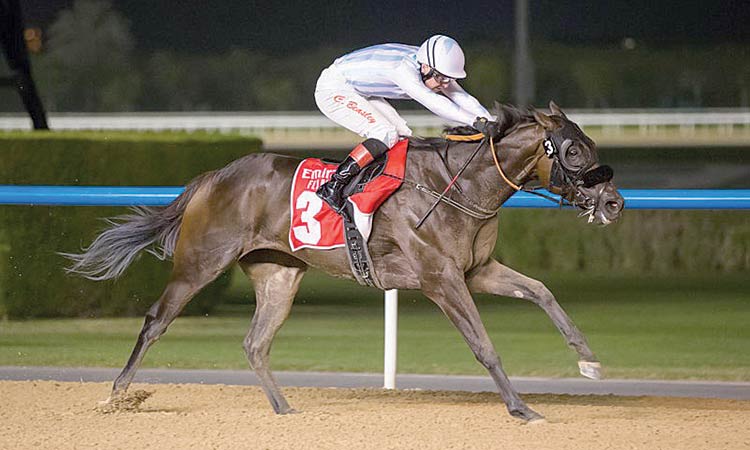 VIDEO: Beasley, Hashish and Seemar double up at Meydan opener