‘No tension’ as Smith and Warner back in Aussie colours: Langer - GulfToday

‘No tension’ as Smith and Warner back in Aussie colours: Langer 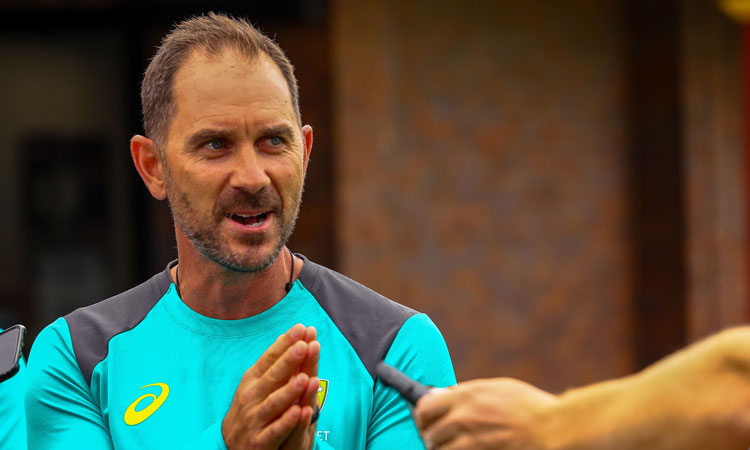 Australia's cricket coach Justin Langer speaks during a press in the Albion suburb of Brisbane on Friday. Patrick Hamilton/AFP

Steve Smith and David Warner have been welcomed back to the Australian team with “no tension,” coach Justin Langer said on Friday, with the World Cup offering another opportunity for redemption.

The duo returned to the national side for a World Cup training camp on Friday in Brisbane after serving year-long bans for their part in the “sandpapergate” scandal in Cape Town that rocked cricket.

“There is no tension,” a smiling Langer told reporters. “They’re back in the team now. They’ve been selected, which is brilliant.” 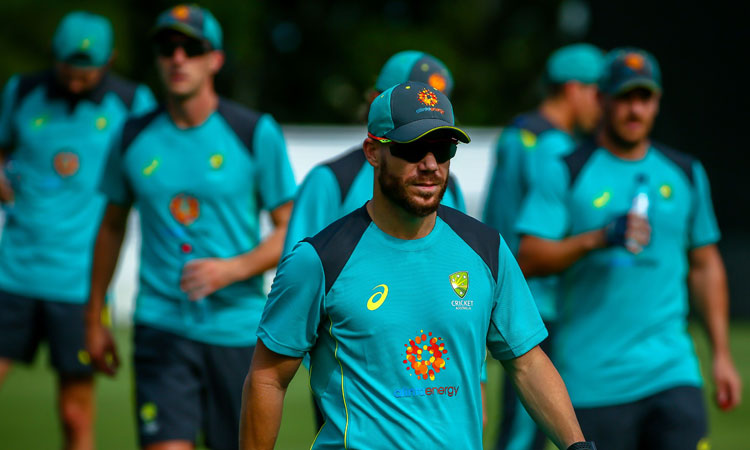 The duo have enjoyed a solid comeback in the Twenty20 IPL, with Warner in blistering form, topping the competition batting rankings with 692 runs from 12 innings.

Langer acknowledged there would need to be some adjustments for the former team leaders, but said the team would be boosted by their experience.

“When you come from the titled position of captain then there is going to be a certain degree of humility that comes with that,” he said.

“One of our really strong values is humility, so there will be great opportunity to develop that.”

The Aussie coach welcomed the selection dilemma Smith and Warner added to the top order, joining Aaron Finch, Usman Khawja and Shaun Marsh, made it “exciting to have those five 100-makers at our disposal.”

Australia are the reigning World Cup champions and have been in recent red-hot form winning eight one-day internationals on the trot, against India and Pakistan.

“We have had great success in the past. While we celebrate that, it means nothing on how we play this (World Cup),” Langer said.

“But I do know that we had a very humbling experience. And we bought it upon ourselves,” he added, reflecting on vision of Smith being “frog-marched out of South Africa.”

He said the team needed to use every tournament on the calendar to “make Australians proud of us again.”

“We must make the most of every opportunity that comes up, including this World Cup,” he said.

The World Cup starts on May 30 in England and Wales.