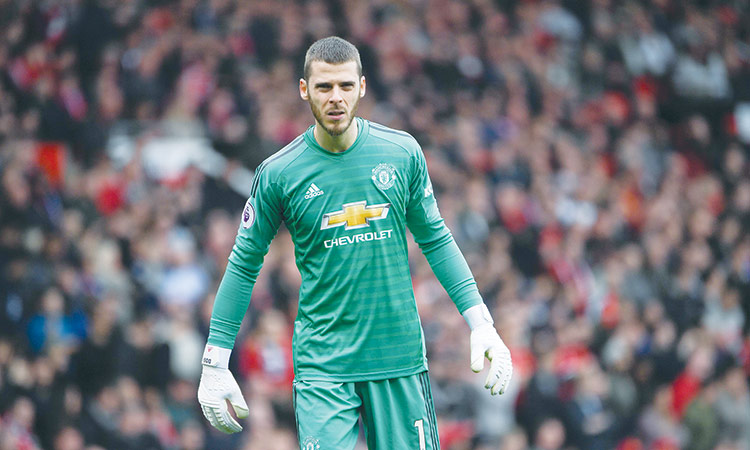 Manchester United manager Ole Gunnar Solskjaer insisted he had no regrets over his decision to keep faith with David de Gea after another costly error from the Spaniard helped Chelsea claim a 1-1 draw at Old Trafford on Sunday.

De Gea had been in the spotlight for his poor performances as Solskjaer’s men had lost heavily to Barcelona, Everton and Manchester City in their previous three games.

And after a bright start from the hosts was rewarded by Juan Mata’s 11th-minute opener, De Gea cost the Red Devils again when he spilled Antonio Rudiger’s long-range effort to allow Marcos Alonso to equalise just before half-time.

Yet, as De Gea headed for the dressing room at the break, his name was chanted by the home support in recognition of his brilliant performances over a number of seasons prior to his recent loss of form.

“David has been unbelievable for this club. That just says everything about the supporters,” said Solskjaer.

“No chance anyone can blame him for losing many points for us.” De Gea’s future at United is uncertain, though, as he has just a year left on his contract and Solskjaer admitted he will talk with his goalkeeper this week to see if it is best to withdraw him from the limelight for the rest of the season.

“I think David is one that would like to play games. I’ll chat with him this week and I’m sure he’ll respond in the right way.” - Chelsea in command - A point halts a run of seven defeats in nine games for United, but does little for their chances of overhauling Chelsea into the top four.

Maurizio Sarri’s side remain three points ahead of United and have a superior goal difference with just two games of the season remaining.