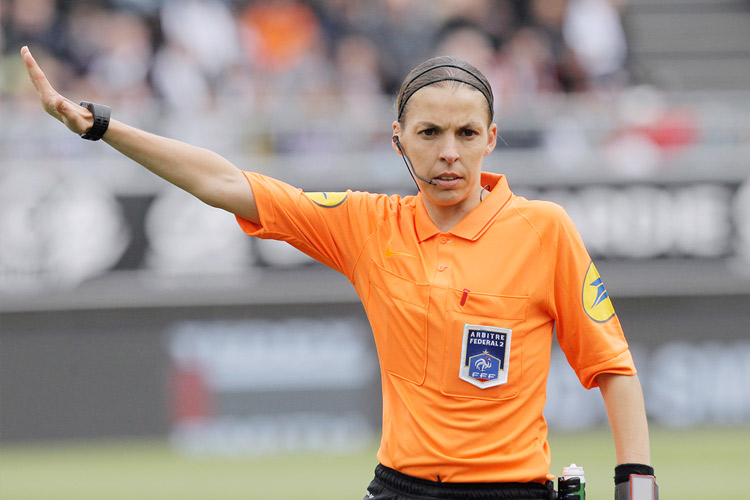 Stephanie Frappart gestures during the French L1 football match at the Licorne Stadium in Amiens. AFP

Stephanie Frappart said she felt "a lot of pride" after becoming the first female referee to take charge of a Ligue 1 game on Sunday as she oversaw Amiens' goalless draw with Strasbourg.

The 35-year-old, who has been a Ligue 2 referee since 2014, was appointed by the French Football Federation to help referees involved in this year's Women's World Cup "prepare in the best conditions".

"I feel a lot of pride after this match," she said. "I think that I managed to do what I wanted to do, and that I had the qualities to officiate in Ligue 1.

"It was a nice football game. I knew a lot of players from both teams from Ligue 2 or the (third-tier) National. 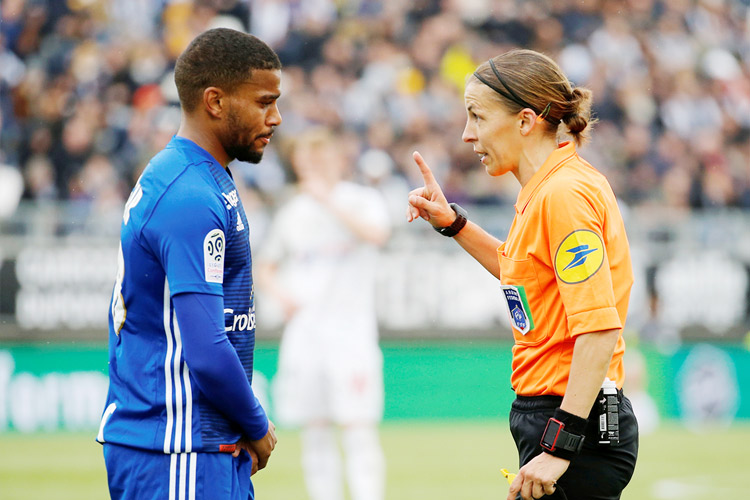 "I realise that this match has gone down in history, you could see that from all the media present this week, unless you're on another planet."

"That's the meaning of the story -- that there will be one or more female referees in Ligue 1 in the coming years."

Germany's Bibiana Steinhaus became the first female referee in one of the top European leagues when she took charge of a Bundesliga match between Hertha Berlin and Werder Bremen in September 2017.