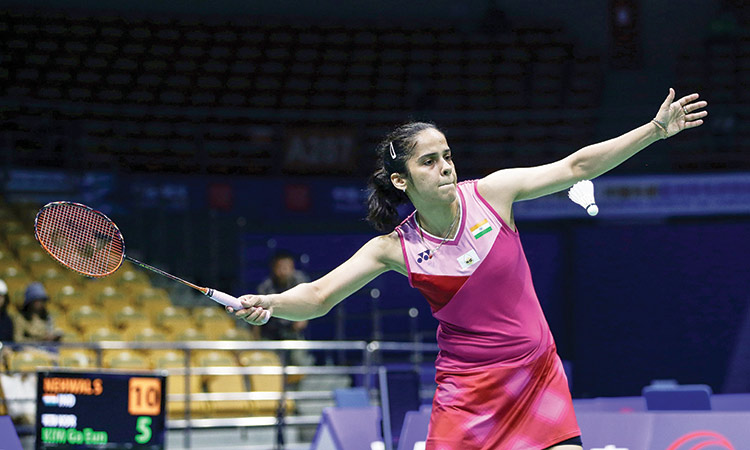 PV Sindhu and Sameer Verma stormed into the quarter-finals of the Asia Badminton Championships in Wuhan on Thursday after straightforward victories in their respective matches.

While Sindhu was expected to get an easy victory, Sameer had a bit trickier test but both of them emerged victorious.

Sindhu was up against Indonesia’s Choirunnisa and it took the top-ranked Indian just 33 minutes to dispatch the Indonesian 21-15, 21-19.

Indonesians usually provide a stiff challenge because of their crafty strokes and Choirunnisa was pretty much the same for Sindhu.

Despite the vast gulf in the rankings, where Sindhu is the world No.6 while Choirunnisa is ranked 68th in the world, the Indonesian kept in touch with Sindhu throughout the match.

Sindhu had to be patient and take it smartly to emerge victorious. She will next take on China’s Cai Yanyan, who beat Hong Kong’s Yip Pui Yin 21-9, 21-15.

Sameer, on the other hand, also brought up a solid victory against Hong Kong’s NG Ka Long Angus and one that should give him confidence.

In 43 minutes, Sameer beat Angus 21-12, 21-19 to advance to the last eight, where he will take on the winner of Shi Yuqi (China) vs Sitthikom Thammasin.

Rankings don’t really separate Sameer and Angus as the Indian is world No.15 while Angus sits just a spot down.

However, Sameer worked around the player from Hong Kong’s extremely well to notch up an easy victory. Earlier in the day, Utkarsh Arora-Karishma Wadkar lost their mixed doubles match against Indonesian pair of Hafiz Faizal-Gloria Emanuelle Widjaja 21-10, 21-15 in just 27 minutes.

Meanwhile, Malaysia’s badminton king Lee Chong Wei, under treatment for nose cancer, has withdrawn from next month’s Sudirman Cup in China after doctors advised him against “exerting himself”, an official said Thursday.

The decision to skip the May 19-26 tournament in Nanning marks the third time Lee, 36, fails to make a comeback and will probably dash his hopes to play in the Tokyo 2020 Olympics.

He had earlier skipped the All England Open in March and the Malaysia Open in April.

Struggling to make a full recovery, the three-time Olympic silver medallist has been on the sidelines since July last year, when he was diagnosed with early-stage nose cancer.

The 36-year-old legendary shuttler underwent a gruelling programme of specialist treatment in Taiwan but opted not to retire and resumed training in January.

“I would like to confirm that Lee Chong Wei will not compete in the Sudirman Cup mixed team event,” Ng Chin Chai, secretary general of the Badminton Association of Malaysia.

“He is on treatment. Lee is advised by his doctor against exerting himself and not to participate in competition yet.”

Lee initially planned to play the All England Open in March but then delayed his return to the Malaysia Open, where he is the defending champion, in early April.