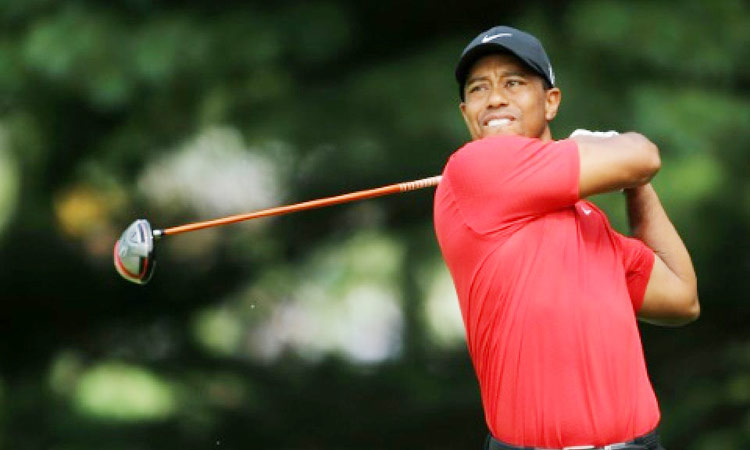 Tiger Woods is heading back to Japan for the first time in more than a decade. File photo/ AFP

“I’m excited to play in the inaugural ZOZO Championship in October, and return to Japan, one of my favorite countries. It’s going to be a fun fall,” tweeted the 43-year-old American.

Woods stunned the sporting world earlier this month by completing an epic comeback from spinal fusion surgery to win his 15th major at Augusta National and his first since the 2008 US Open.

A 2009 sex scandal followed by knee and back injuries that required seven operations had led to an 11-year major drought.

But his fairytale fifth green jacket has put Woods firmly back in pursuit of the all-time record of 18 major wins by Jack Nicklaus.

The ZOZO Championship will be held from October 24-27 at the Accordia Golf Narashino Country Club near Tokyo as the second of three big prize money Asian events on the early part of the 2019-2020 US PGA Tour calendar.

It will offer a purse of $9.75 million — a record for Japan — and replaces Malaysia’s CIMB Classic.

The other two events on the Tour’s Asian swing are the CJ Cup in South Korea, which was launched in 2017, and the WGC-HSBC Champions in Shanghai, China.

Woods has tasted success in Japan before, winning back-to-back trophies at the Dunlop Phoenix in 2004 and 2005. He missing out on a hat-trick of Japan titles in a 2006 playoff loss to Ireland’s Padraig Harrington.

Golf is one of Japan’s most popular sports and the PGA are hoping to boost their presence ahead of the 2020 Tokyo Olympics, which will feature the sport at the Kasumigaseki course, where US President Donald Trump played on a trip to the country.

He holds the record for the most retweets of all time — 4.3 million — after he promised one million yen ($9,250) in cash each to 100 randomly selected followers.

Maezawa has also paid an undisclosed sum for a ticket on fellow tycoon Elon Musk’s SpaceX rocket around the moon as early as 2023 and the passionate art collector also plans to take around half a dozen artists with him on the trip.

His firm’s stock spiked more than three per cent after he returned to Twitter to retweet Woods’s announcement.