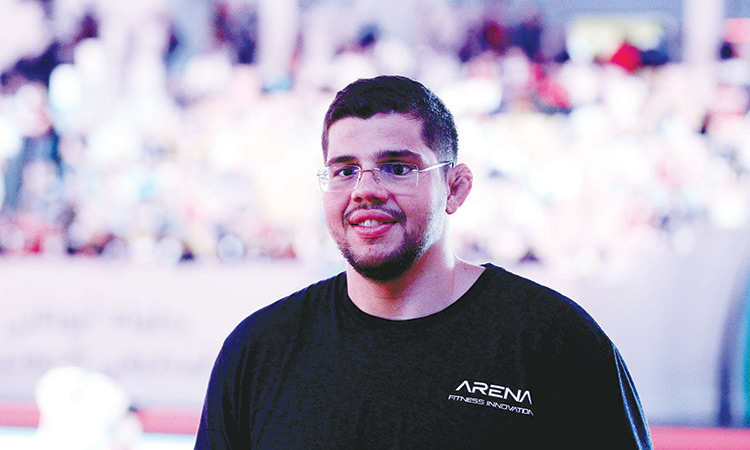 Jose Junior is now on a mission to spread the sport among the children in Saudi Arabia.

The UAE Jiu-Jitsu Federation’s school programme is a stupendous success, and now the formula is headed across the border into neighbouring Saudi Arabia, disclosed former World Champion Jose Junior on the sidelines of the ongoing Abu Dhabi World Professional Jiu-Jitsu Championship 2019 at the Mubadala Arena in the capital.

Junior, who was the programme manager in the UAE for the last 10 years, moved to Saudi a few months ago and is now on a mission to spread the sport among the children in the kingdom. Hopefully it will make as much a success there, as it has been in the UAE.

“I have been in Saudi Arabia for six months. We are developing jiu-jitsu in the country. It’s been there for the last three years and now we are going to the next phase and trying to grow,” said Junior, who is the head coach at the Saudi Arabia Jiu-Jitsu Federation and the director of the Arena Fitness Centre in Jeddah. Junior, who brought in a team of 50 fighters for the ongoing championship here, says that Saudi holds a good potential and that parents are very keen on their wards taking to the sport.

“All fighters who came to the UAE for the competition have travelled with their family members. So there is a lot of support from their parents. They see how jiu-jitsu can impact the lives of their kids.”

“I used to say jiu-jitsu is a great product if we measure it as a product because it can teach you so many things. And when the parents understand all the values of jiu-jitsu have, they fall in love with the sport,” said the Brazilian who hopes to capitalise on his UAE experience to bring glory to Saudi.

“I was here for 10 years. All the lessons learned and the experience will be fully implemented in Saudi Arabia. But we are still at the beginning stage. We don’t have anything established at the moment, as in the UAE. But we will get there.

“Right now we want to start in private schools and the initial stage of developing a national team is also starting now. We have a big opportunity there. It’s a big country with lot of talent. I think Saudi has a big potential and we have objectives both short term and long term to develop the sport,” added Junior.

But as he braces for his new challenge, memories of UAE linger on. “The UAE was part of my life for 10 years. I saw how jiu-jitsu grew. It’s a beautiful part of my life.

“It’s nice to be back in the UAE with my old friends. They don’t see me as a competitor but as a person developing the sport.”

“They understand that I had to move on. It’s a different position and role. I believe there are so many good guys working here to carry on the good work.  They are my family. Sometimes you have to let go of your son,” he said while reliving his prized memories. Two of the most memorable moments in the UAE were winning the world title in 2017 and to see some of the kids reaching world level, like Omar Al Fadhli, one of the best talents to emerge from the school programme.”

“They started jiu-jitsu when they were eight or nine and then become international champions. You plant a seed and then see them grow is very satisfying even though they are not my students, but the fact is they came through the school programme,” said the champion who envisages UAE making giant strides in the coming decade.