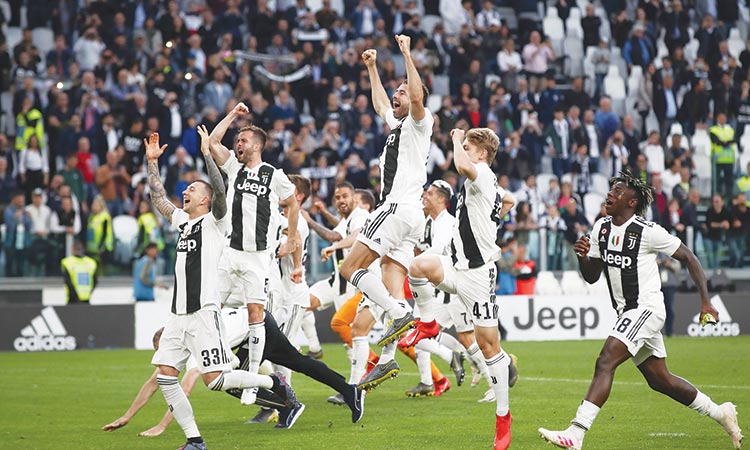 Allegri’s side claimed an eighth consecutive Scudetto  —  the 35th in their history — on Saturday to help ease some of the pain of their shock Champions League quarter-final exit at the Juventus Stadium to Ajax on Tuesday.

A come-from-behind 2-1 win over Fiorentina was enough to give Juventus a 20-point lead on nearest rivals Napoli with five games to play.

“The exit from the Champions League hurts, but this title says it all about what we managed to do -- eighth in a row with five games to spare,” said Allegri.

“Now let’s enjoy the party, then I’ll meet club management and we’ll talk and analyse what didn’t work this season.”

The Italian club have overtaken French club Lyon for the record of consecutive victories in the top five European leagues.

But again they have been unable to turn their domestic domination to Europe, winning their last Champions League title in 1996 and losing five finals since. The club spent 100 million euros ($117 million) on five-time Champions League winner Ronaldo last summer, hailing the 34-year-old record goal scorer as the missing piece in their jigsaw.

But this season they won less than the previous campaign, lifting Serie A and the Italian SuperCup but ending their four-year Coppa Italia reign. Juventus have lost only two matches, against Genoa on March 17 and SPAL last weekend, when they could have won the title with a record six games to spare.