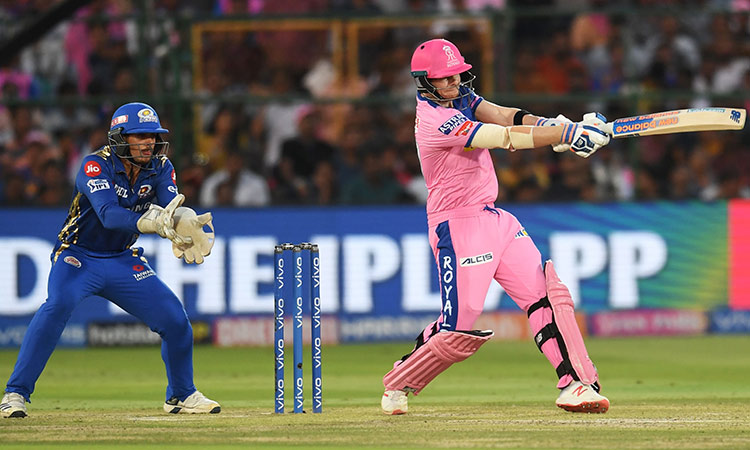 The team has managed to win just two games of the eight that they have played and the management believes that bringing him back at the helm might change their fortune.

But the decision of the franchise to name Smith the captain has surprised members of the Board of Control for Cricket in India (BCCI) who feel that while the board had taken cognizance of Cricket Australia's decision to ban Smith and David Warner and banned them from participation in IPL 2018, then the matter of captaincy should also have been kept in mind.

While banning skipper Smith, deputy Warner and Cameron Bancroft during the Sandpaper Gate fiasco, Cricket Australia had clearly said that Smith would be barred from leadership roles for two years apart from being banned for 12 months from all international and domestic cricket.

Speaking to IANS, a senior BCCI functionary asked if it was fair on the franchise's part to name Smith skipper even as he is still barred from leading the national or his state team for another 12 months.

"The CoA had taken note of Cricket Australia's decision to ban the players and simultaneously banned them for the last edition of the IPL. What happens to the ban on captaincy then? Doesn't that also count? Or is the implementation of CA's ruling only as per convenience? The franchise must answer that as also the Committee of Administrators (CoA) must take note," the functionary said.

While banning Smith and Warner from the last edition of the IPL, the CoA had said: "In consultation with BCCI acting President CK Khanna, IPL chairman Rajeev Shukla and acting secretary Amitabh Choudhary, the committee has decided to ban Smith and Warner with immediate effect from participation in the IPL 2018.

The BCCI hopes that the cricketers participating in the IPL hold the highest regard for the spirit of cricket and code of conduct for players and match officials."
The BCCI functionary further added that a decision taken by a full member of the ICC must be followed by other full members as well.

"Leaving everything aside, the ICC constitution says that if one full member makes a call, the other must also follow it and that is why countries didn't release their players for the ICL as it didn't have the backing of the BCCI," he explained.