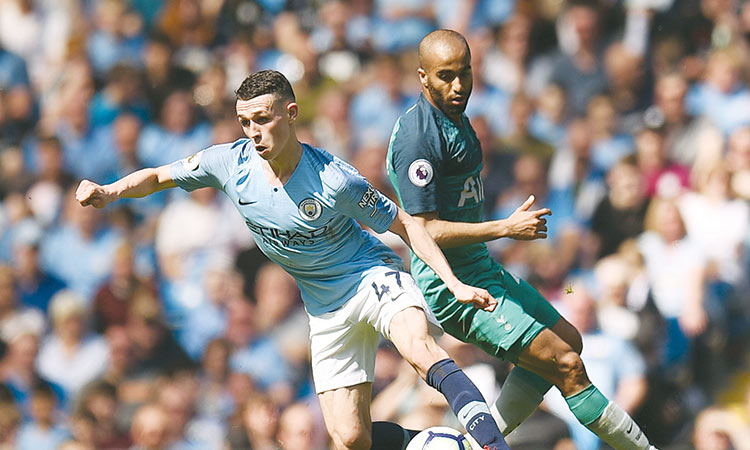 Phil Foden fired Manchester City back to the top of the Premier League as the young midfielder sealed a vital 1-0 win over Tottenham, while Brighton improved their survival prospects with a goalless draw at Wolves on Saturday.

Pep Guardiola’s side are one point clear of second-placed Liverpool after Foden’s fifth-minute header exacted a measure of revenge for City’s Champions League quarter-final exit against Tottenham on Wednesday.

Liverpool can regain pole position if they win at struggling Cardiff on Sunday, but City have won their last 10 league matches to keep the destiny of the title in their own hands because the champions will hold a game in hand on Jurgen Klopp’s men.

“It was very important for the race for the Premier League. We know we cannot drop points. It was tight, Tottenham had more chances than the previous two games,” Guardiola said.

“We have been playing for the Premier League every three days for 10 months, you can feel the pressure.

“The title is still in our hands. We are fighting until the end.” As well as Foden’s crucial contribution in only his second Premier League start, Guardiola was indebted to City goalkeeper Ederson for a series of fine saves as the champions gave a nervous display at the Etihad Stadium.

And the City manager admitted it had been hard for his players to recover from their dramatic Champions League loss to Tottenham, a result that ended their bid to win an unprecedented quadruple.

“We could have lost the Premier League today -- after Wednesday it was really tough. As a footballer, I could not have done what my players have done today,” Guardiola said.

The only frustration for Guardiola was an injury to Belgium midfielder Kevin De Bruyne, who limped off again just before the break.

De Bruyne, only recently back from a knee problem, is unlikely to play in the midweek derby at Manchester United.

“We will see tomorrow but I think the next game he will be out,” Guardiola said.

“I didn’t speak to him, but he put his hands in the hamstring position.” At Molineux, fourth-bottom Brighton moved three points clear of third-bottom Cardiff after a gritty stalemate.

Chris Hughton’s men, who have a game in hand on Cardiff, needed a man-of-the-match display from Australian goalkeeper Mat Ryan to avoid a fifth successive defeat.

Deulofeu, the hero of Watford’s FA Cup semi-final win over Wolves, put the Hornets ahead with a deft dink into the top corner in the fifth minute at the John Smith’s Stadium.

Watford’s rise up the table was aided by Leicester’s 2-2 draw at West Ham, which dropped Brendan Rodgers’ team to eighth place.

Michail Antonio put West Ham ahead in the 38th minute with a powerful header from Mark Noble’s cross.

Jamie Vardy equalised in the 67th minute with a cool finish from Ben Chilwell’s cross for his 16th goal of the season.

Lucas Perez restored West Ham’s lead with an 82nd-minute tap-in just four minutes after coming on. But, after Perez had a second goal wrongly ruled out for offside, Harvey Barnes rescued Brendan Rodgers’ side with an equaliser two minutes into stoppage-time.

Relegated Fulham finally earned their first Premier League away win this season with a 1-0 success at Bournemouth.

The Cottagers took the points in the 53rd minute when Serbian striker Aleksandar Mitrovic was clattered in the penalty area by Jack Simpson and stepped up to convert the spot-kick himself. 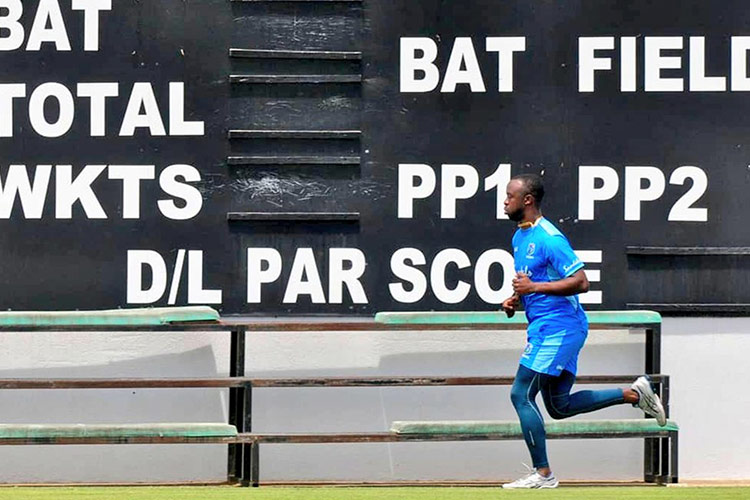 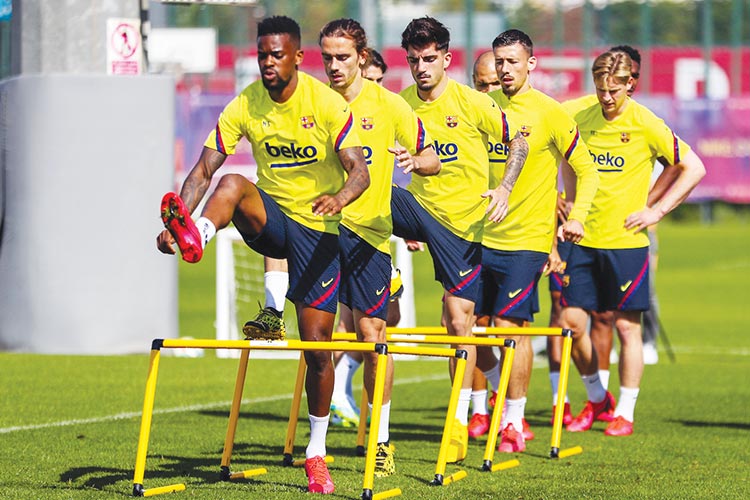