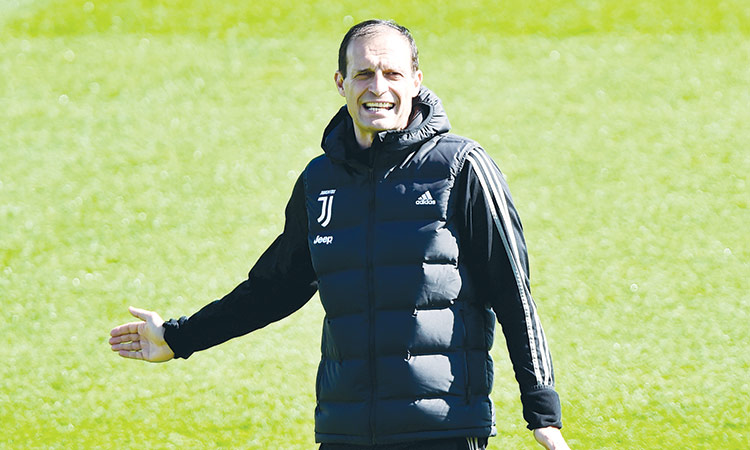 Massimiliano Allegri’s side host Fiorentina needing just one more point to lift the Scudetto for a 35th time, days after a shock 2-1 defeat (3-2 on aggregate) to Ajax.

The Turin giants have won the Scudetto more than any other team in Italy with AC Milan and Inter Milan trailing second best with 18 each.

Five-time Ballon d’Or winner Cristiano Ronaldo will have to settle for a Serie A title in his first season in Italy after missing out on a sixth Champions League title.

The 34-year-old was inconsolable after the defeat to Ajax and has remained silent on social media since, with his spectacular hat-trick in the last 16 against Atletico Madrid, and two diving headers over two quarter-final games against Ajax not enough.

“He told me he doesn’t perform miracles,” his mother Dolores Aveiro told the Portuguese press.

“He was sad. He would have liked to get to the final but it will be for the next time.”

Juventus can equal the record for the earliest the title has been won with five games to spare achieved by Torino in 1948, Fiorentina in 1956 and Inter Milan in 2007.

Juventus have won their last seven home Serie A matches against Fiorentina, but coach Vincenzo Montella will be looking for a surprise on his return to the Tuscany hotseat. Fiorentina have gone eight games without a win and have slipped to tenth, 13 points off the Europa League places.