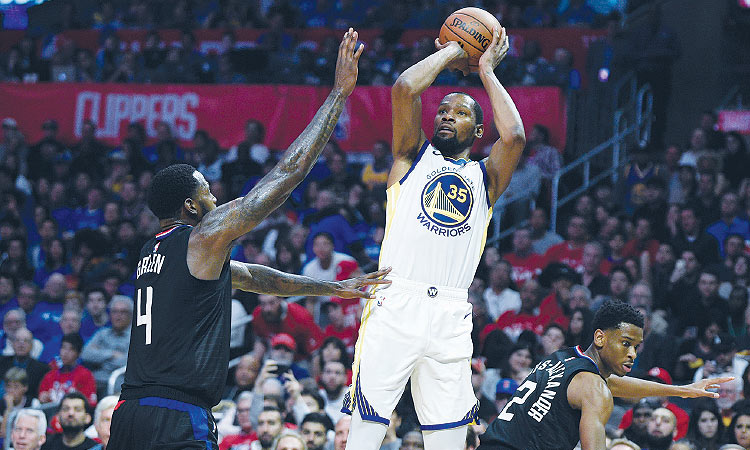 The Warriors ensured there was no repeat of game two, where they squandered a 31-point lead in the second half, allowing the Clippers to engineer the biggest comeback in NBA playoff history.

Golden State compiled another huge lead at almost the identical part of Thursday’s game by taking a 88-57 lead with 7:10 left in the third quarter.

Durant made sure the outcome was different this time. He finished 14-for-23 from the floor and was just five points shy of his playoff career high despite playing only 29 minutes.

After taking just 24 shots and totaling 44 points in the first two games of the series, Durant came out blazing in game three, hitting his first six shots.

Now down 2-1, the Clippers also will host game four in the best-of-seven set on Sunday.

Stephen Curry, who battled foul trouble most of the night, supported Durant with 21 points for the Warriors. Lou Williams, who led the greatest comeback in playoff history with 36 points in game two, was held to just 16 points.

Also, Ben Simmons dominated on the inside and Tobias Harris fired away from the perimeter as the Philadelphia 76ers defeated the Brooklyn Nets 131-115 to take a 2-1 lead in their opening round playoff series. Simmons scored a NBA career postseason high 31 points and Harris tallied 29 and 16 rebounds for the Sixers.

Philadelphia won despite missing all-star Joel Embiid, who took part in the warm-up but was unable to play because of a sore knee. Greg Monroe started in his place and finished with 13 rebounds and nine points.

Simmons shot 11 of 13 from the field and added nine assists while Harris was a perfect six-for-six from beyond the arc. JJ Redick was five of nine from three-point range and had 26 points. 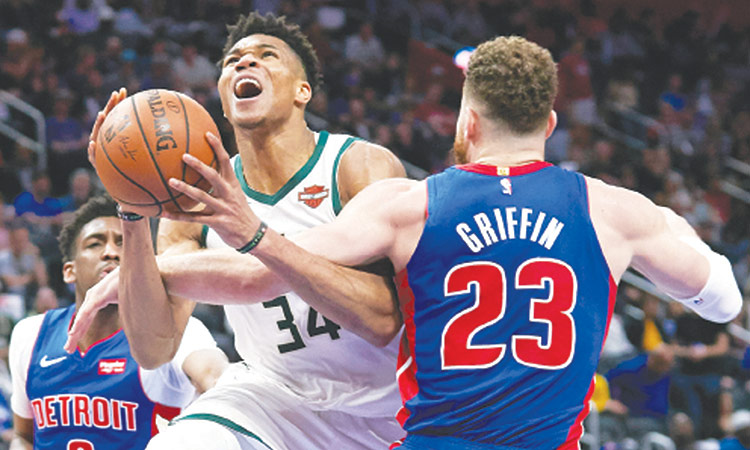