Ramsey in Italy rehearsal ahead of Juventus move - GulfToday 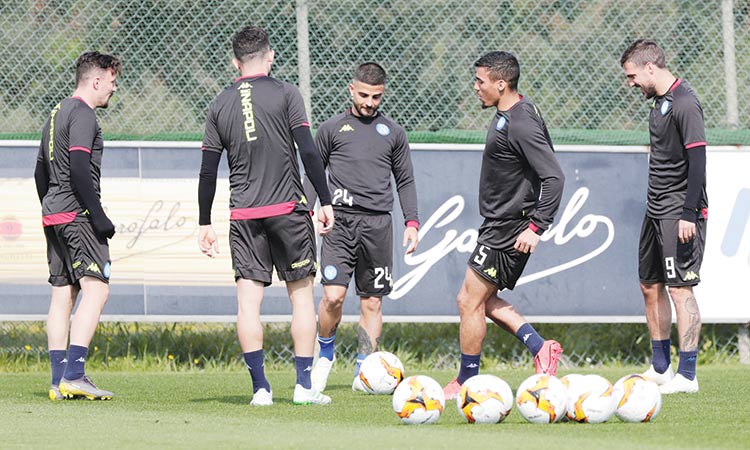 Napoli players attend a training session on the eve of their Europa League quarter-final tie against Arsenal on Wednesday. Reuters

The Welsh midfielder, out of contract with Arsenal in June, will end an 11-year association with the Gunners after agreeing a jaw-dropping deal with Juve reportedly worth £400,000 ($515,000) per week over four seasons.

Reduced to a bit-part player under Unai Emery, Ramsey’s recent form -- he has three goals in his last six starts -- has helped him regain a regular spot in the Arsenal side. The 28-year-old, set to follow in the footsteps of countrymen John Charles and Ian Rush by switching England for Turin, excelled in last week’s 2-0 win over Napoli and struck the opening goal.

“We’ve given ourselves a great opportunity in the first leg -- now it’s important to stick together and hopefully see out this quarter-final,” said Ramsey.

With Ramsey set to join soon-to-be Juventus team-mate Cristiano Ronaldo, Lionel Messi and Neymar as one of the best paid players in the world, the Welshman’s Arsenal farewell could coincide with the final in Baku on May 29.