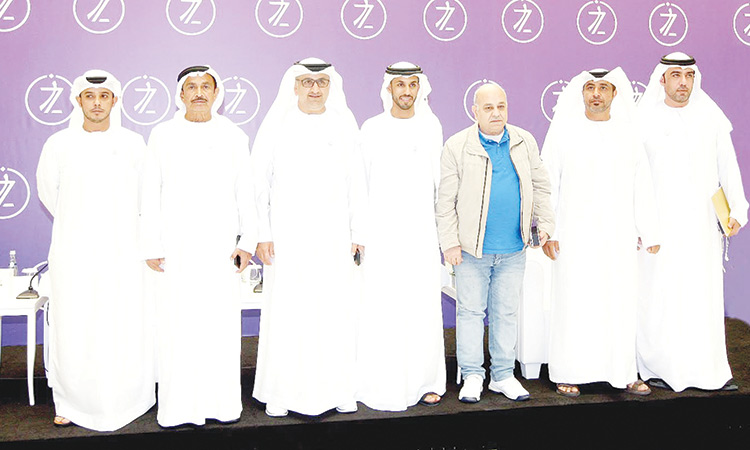 Highly popular and regular Ramadan feature, the twenty-third Zayed Sports Tournament will see the participation of 2750 national and international athletes.

Scheduled for the first week of Ramadan, the tournament will last for 21 days, with the participation of 68 local and international teams competing in nine different sporting activities including basketball, football, Shooting, swimming, judo, jujitsu, muay thai, chess and volleyball, as well as gymnastics, handball, karting, archery, ice hockey.

Table tennis is new addition to the event organised by Armed Forces Officers Club and Hotel.

Billed as one of the biggest Ramadan competitions in the UAE, the event will be held under the patronage of Sheikh Mansour Bin Zayed Al Nayhan, Deputy Prime Minister and Minister of Presidential Affairs. The Armed Forces Officers Club and Hotel has been organising the annual Ramadan Tournament for the past 22-years.

This coincides with the ‘Year of Tolerance’ announced by the President, His Highness Sheikh Khalifa Bin Zayed Al Nahyan, as an extension of the Year of Goodwill and a demonstration of his firm humanist approach which he has instilled in the UAE society to reap the fruits of its finest manifestations.

“The Zayed Sport Tournament, organized by the club, is one of the leading sporting events in the country. Over the years, we have been hosting about 37,370 athletes and have witnessed a crowd of 60,750 people.”

This unique event, which has witnessed great success in previous editions, combines many cultures and nationalities without discrimination in colour, religion and race; in accordance with the immortal legacy of the late founding leader, Sheikh Zayed Bin Sultan Al Nahyan.

“The culture of tolerance, which is the strong foundation of the UAE’s long-standing human heritage, encourages work and living in accordance with the highest humanitarian principles that constitute a sustainable and solid foundation for a society that enjoys happiness, love, brotherhood and harmony among all,” added Kaabi.

Since last year, all the events and competitions of the Zayed Sports Tournament have been dedicated in the honour of the founding leader of the UAE; to enhance the rich heritage, which he has left to benefit all future generations. Sport is one of the most prominent areas that reflect the civilized image of UAE tolerance.

Sheikh Zayed was a great sportsman and his strategies and contributions clearly contributed to the comprehensive and sustainable development in the sport spectrum of the country.

“We are honored to host the Zayed Sports Tournament on the ground of tolerance, fraternity and happiness,” said Shaikha Al Kaabi, Chief Executive Officer of the Armed Forces Officers Club and Hotel.

“We are proud to be able to bring this large crowd of fans and teams together in a spirit of fraternal sportsmanship during the blessed month of Ramadan.”

“In 2019, the tournament will see a variety of competitions involving 15 different sports, including basketball, football, Shooting, swimming, judo, jujitsu, muay thai, chess and volleyball, as well as gymnastics, handball, karting, archery, ice hockey and table tennis that has been added this year,” she added.

The registration for teams and individuals is open on the website: www.zayedtournament.com.