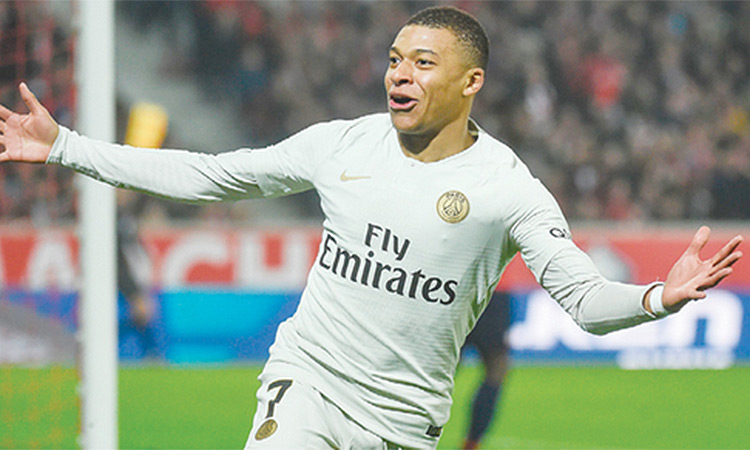 Bayern Munich chief Uli Hoeness insists that he would buy French forward Kylian Mbappe “immediately” if he had the money. Agence France-Presse

Bayern Munich president Uli Hoeness ruled out breaking the 100 million euros ($113 million) mark this summer and said he would buy French striker Kylian Mbappe “immediately” if he had the money.

Bayern are planning a major squad overhaul this summer, and have already confirmed the signings of French World Cup winners Benjamin Pavard and Lucas Hernandez.

In an interview with German news agency DPA on Tuesday, Hoeness admitted that, in an ideal world, he would love to sign another French World Cup winner, Paris Saint-Germain’s 20-year-old star.

“I would sign Mbappe straight away, he is a top player. But we don’t have the money for him,” said Hoeness.

The Bayern president ruled out spending 100 million euros on a single player in the summer transfer window, but suggested that Bayern may break that figure in the future.

“There definitely won’t be a 100 million euro transfer this year, but I have to admit that ten years ago, I couldn’t have imagined spending 80 million,” he said.

The sum of 80 million euros was what Bayern paid to sign Hernandez from Atletico Madrid, a figure nearly double that of their previous record transfer -- fellow Frenchman Corentin Tolisso.

In 22-year-old Kingsley Coman, Bayern have yet another Gallic talent in their emerging generation.