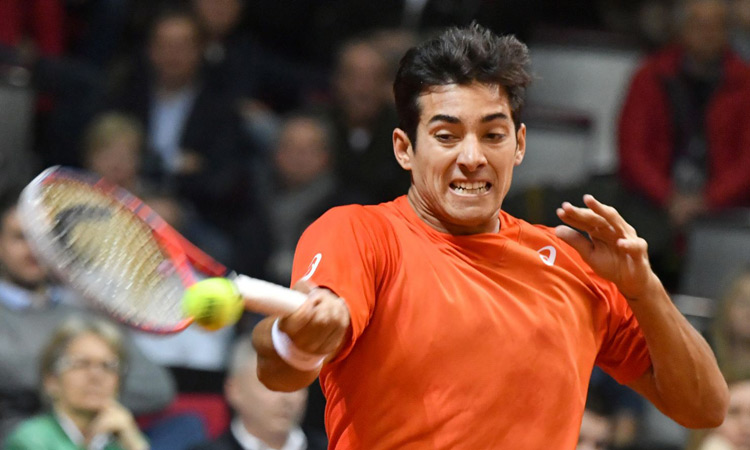 Christian Garin in action during Davis Cup qualifiers in Austria in February 2019. File/AFP

"Casper's a really solid player," Garin said. "His forehand is getting better every day. It was a really intense match. What I did well today was to keep playing my game, every game of the match. I think I am playing my best Tennis right now."

Garin got the decisive service break for a 4-2 third-set lead when, ripping a blistering forehand approach shot, he coaxed Ruud into popping up a backhand volley he easily put away. Garin then easily served out in cool and breezy, but sunny conditions.

"I'm disappointed because it was a very close match and one break in the last set went his way," Ruud said. "I had some chances at 2-all. I tried to stay aggressive and play my game. I made a couple of unforced errors, but I can't be too disappointed because I went for winners and it was a great match overall."

Garin will crack the top 50 in the world ranking for the first time.