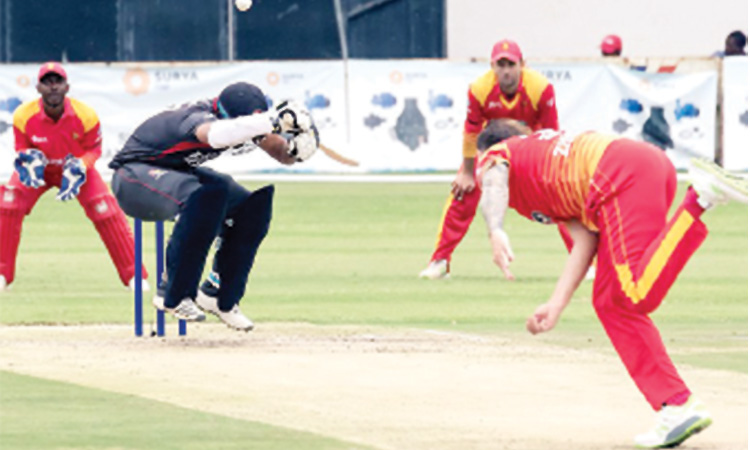 Despite a markedly improved display from UAE upon their showing in the first ODI, in which they succumbed to a seven-wicket defeat, Zimbabwe scrapped their way to the target, once more adapted due to bad light.

A blistering innings of 45 from Zimbabwe skipper Peter Moor saw to victory after 32 overs with Zimbabwe having passed a revised target of 182.

It seemed for a while that UAE’s batting woes from the first ODI were set to continue, as Kyle Jarvis ran through the vistors’ top order, after Moor won the toss and elected to field.

Inside the opening seven overs, Jarvis dismissed Ashfaq Ahmed, Rohan Mustafa and Muhammad Usman, with UAE reeling on 12/3. Wicket-keeper Shabber and Anwar put a halt to the prospect of a more serious collapse, putting on 131 for the fourth wicket.

Tiripano proved a tricky customer for UAE, with his late breakthroughs helping him claim figures of 3/34, while Jarvis ended with 4/17 as UAE were restricted to 169/8 after 35 overs.

Zimbabwe were set a target of 210, and in response, Chakabva (78) led the way at the top of the order, building on from his promising 38 in the first ODI. The rest of the Zimbabwe top order got starts without being able to build on, and at 92/4 after 19.2 overs, UAE appeared to be favourites.

Moor was the man to the rescue, his 33-ball knock featuring three sixes. After 32 overs, Zimbabwe required 25 from 18 balls, and bad light brought a premature end to proceedings, allowing for Zimbabwe to go 2-0 up in the series.

Rain interrupted the recovery job of the UAE pair, with the match eventually reduce to a 35-over affair. Shabber only managed to extend his stay out in the middle for a couple of overs after returning from the rain delay, departing for 56 to Tiripiano before Anwar was dismissed by Tendai Chatara the next over, bringing an end to his knock of 72.

Meanwhile, UAE, Kuwait and Nepal registered victories on the opening day of the ICC Under-19 Cricket World Cup Asia Qualifier.

UAE defeated Malaysia by five wickets In the first match of the day played at Kinrara Oval on Friday.

Restricting hosts Malaysia to 206 in 48.4 overs, the UAE won by five wickets with 17 balls to spare through a strong all-round performance.

Malaysia won the toss and elected to bat first. The three top-scorers for Malaysia – Wan Amirul, Aslam Khan and captain Muhammad Amir – covered more than half of their final score of 206.

Aslam hit a quick-fire 35 from 32 balls only to be caught early in the game by Akasha Tahir at the end of the eight over. Amir put up a good show with 54 runs off 67 balls, stumped by wicket-keeper Aravind off Mukherjee in the 33rd over. Tahir also caught Amirul – off his own bowling – who scored 47 runs off 71. All in all, Malaysia were all out after 48.4 overs.

UAE progressing at a steady pace in their chase, reaching the target of 207 in 47.1 overs. UAE’s Syed Haider was named as man of the match. 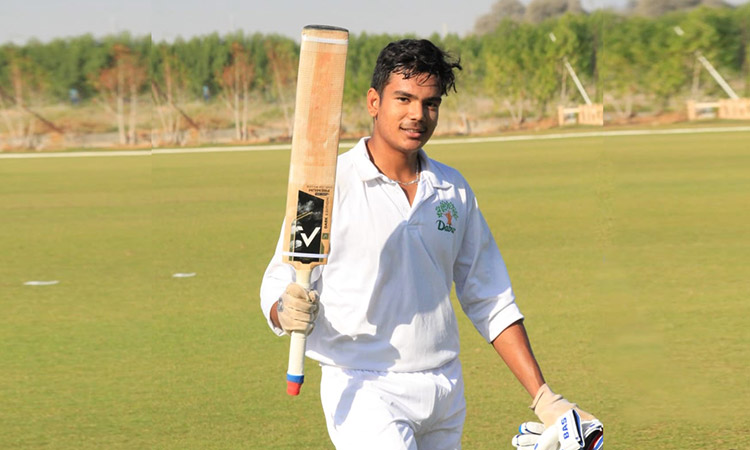