Barcelona in control after narrow win at Man Utd - GulfToday 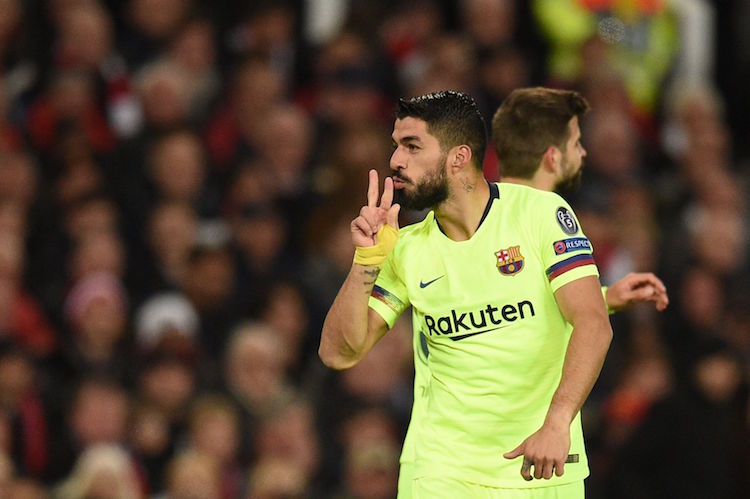 Luis Suarez celebrates after scoring at Old Trafford in Manchester.AFP

Barcelona beat Manchester United 1-0 in their Champions League quarter-final first leg on Wednesday after a first-half own goal by Luke Shaw at Old Trafford.

The teams meet again next Tuesday at the Camp Nou.

His goal against Atletico Madrid on Saturday should prove Barcelona's knock-out blow in La Liga.

The image of Lionel Messi's partner-in-chief has been defined by his darker side, a relentless, ferocious and, occasionally, misguided opponent, running defenders ragged for the best part of a decade.

For Barcelona, who paid Liverpool just over 80 million euros to sign Suarez in 2014, his contribution has been clouded less by indiscipline and more by Messi, the player around whom the whole team revolves.

Suarez is Messi's provider, runner and foil but has managed to perform the role without losing sight of what he can bring too.

Messi scored in both of Barca's Champions League final victories over United, in 2009 and 2011, and is hungry to win the competition for a fifth time after crashing out at the last eight for the past three seasons.

The Argentine has been in majestic form again this season, scoring 43 goals in 40 appearances to put Barca in position for a third treble in a decade.