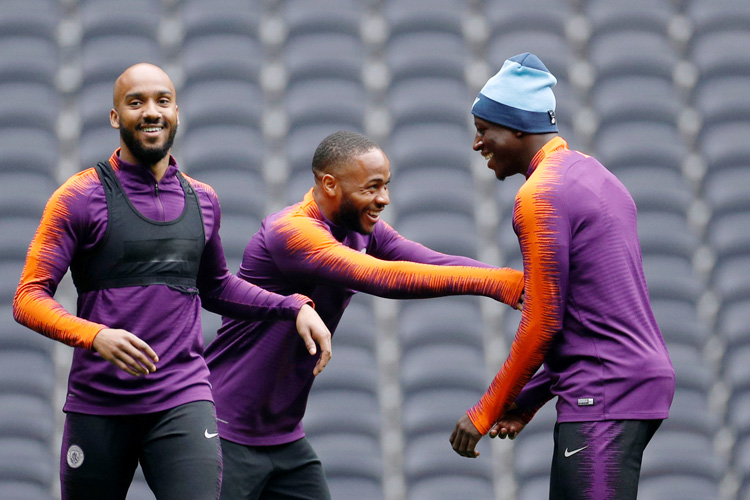 Raheem Sterling has rejected calls for players who receive racial abuse to walk off the pitch, saying that winning matches is a more powerful statement to silence abusers.

The Manchester City forward was speaking just days after Tottenham's Danny Rose said he was looking forward to retiring from a game that has done too little to tackle the problem.

"I wouldn't personally agree with it because I think at the end of the day to try and go out and win the game if it's going on at the moment, I think that will hurt them even more," Sterling told reporters on Monday.

"They're only trying to get you down and if you do walk off the pitch as a group that kind of makes them win so to either score a goal or win a match I think that's even a better feeling. That beats them."

Sterling, speaking ahead of the first leg of City's Champions League quarter-final with Tottenham in London on Tuesday, has consistently raised the issue, having received abuse himself.

"It's offensive but growing up, my mum's always told me I'm a wonderful black child and I know this," he said.

"When I hear it, it's nothing new to me. I know I'm black and I'm happy with it, I'm proud. I'm confident with my body. At the same time it's not right but if you do let it get to you a bit too much some people can't take it."