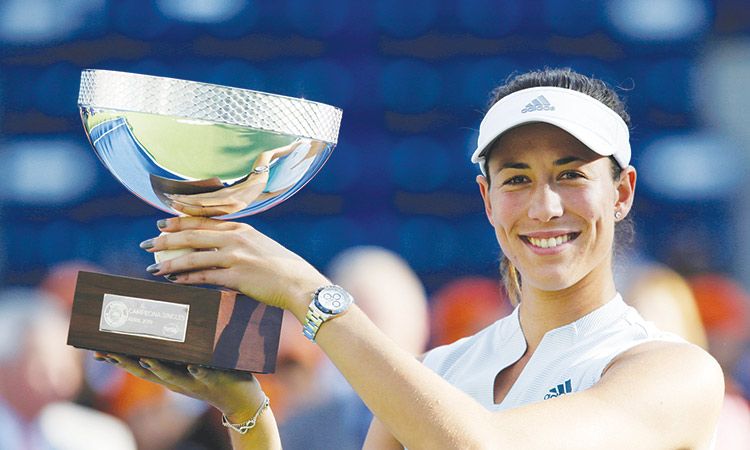 Spain’s Garbine Muguruza poses with the trophy after winning the Monterrey Open on Sunday. Reuters

Second seed Muguruza was leading the match between the two former world number ones 6-1 3-1 when Azarenka decided she was unable to continue because of an injury to her right leg.

The crowd responded with a chant of “Vika! Vika! Vika!”.

Muguruza’s victory never looked in doubt and ensured that the record run of different women winning WTA titles this season would be extended to 16 tournaments.

The former French Open and Wimbledon champion broke the pained Belarusian three times in the first set and again in the fourth game of the second.

Azarenka received treatment on her leg during a medical time-out between sets, but it became apparent as the second set began that her movement had become significantly hampered.

Azarenka was grimacing and stretching after nearly every point and, after Muguruza broke for a 3-1 lead, the two-time Australian Open champion decided to call it quits.

The Belarusian had entered the final full of hope after surprising top seed Angelique Kerber 6-4 4-6 6-1 in Saturday’s semi-finals.

Azarenka had won her only previous meeting with Muguruza in the round of 16 at the Miami Open in April 2016, when she went on to win the title in her most recent final before Sunday.

Elsewhere, Madison Keys claimed the first clay court title of her career on Sunday with a straight sets defeat of Caroline Wozniacki in the final of the Charleston Open.

It marked the fourth title of Keys career and her first since winning at Stanford in 2017.

Her win also completed a superb week in South Carolina, where she defeated three Grand Slam champions -- Jelena Ostapenko, Stephens and Wozniacki — to take the title.

After winning a close opening set on a tiebreak, Keys took control of the second set with a stroke of good fortune.

A netcord earned her a break to go 4-2 up, and from there she was not going to surrender the initiative and duly closed out the set to complete the win. 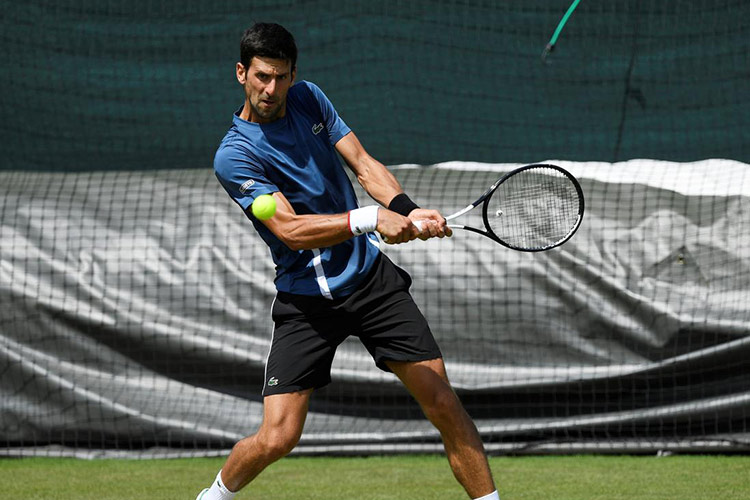 Djokovic posted a video on Instagram showing him exchanging shots with another man at a tennis club in the coastal city of Marbella, where the Serb has reportedly stayed. 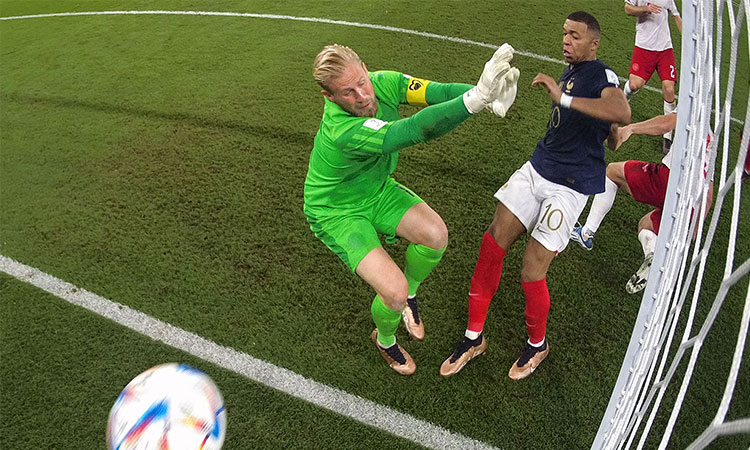