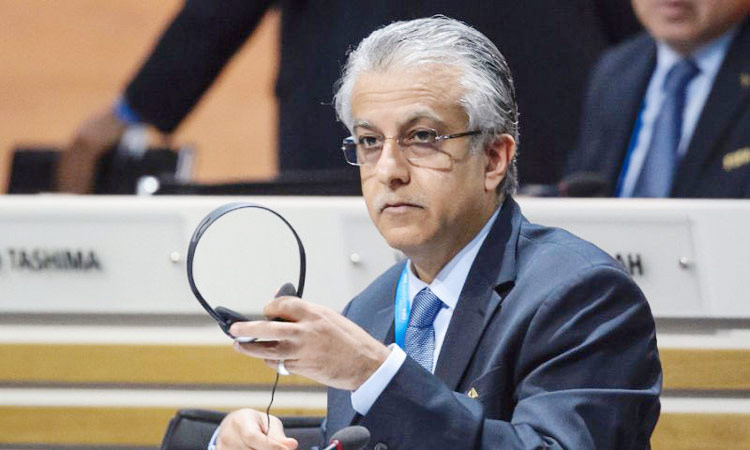 Bahrain's Sheikh Salman bin Ebrahim Al-Khalifa has been re-elected to a fresh four year term as head of the AFC. File photo/ AFP

The Bahraini royal, a recent target of human rights campaigners, was the notable absentee at the Asian Football Confederation Congress in Kuala Lumpur, where he was re-elected unopposed.

“This (death) is of course a big tragedy where words cannot help,” FIFA president Gianni Infantino told delegates, leading them in a moment’s silence.

“I can only ask you to stand up, to think on Salman, to give him a big hug and to tell him we are with him.”

Infantino said Asia was showing unity and “stability” by re-electing Sheikh Salman, who sent a statement expressing his “heartfelt apologies” for his absence.

He pointed to a record, decade-long commercial deal struck last year, and said it would not have been possible without good governance and reforms to AFC competitions.

The Bahraini now starts a new term lasting until 2023 which also renews his position as world body FIFA’s senior vice-president under Infantino.