Masters’ genteel traditions may be balm to golf’s contentious season 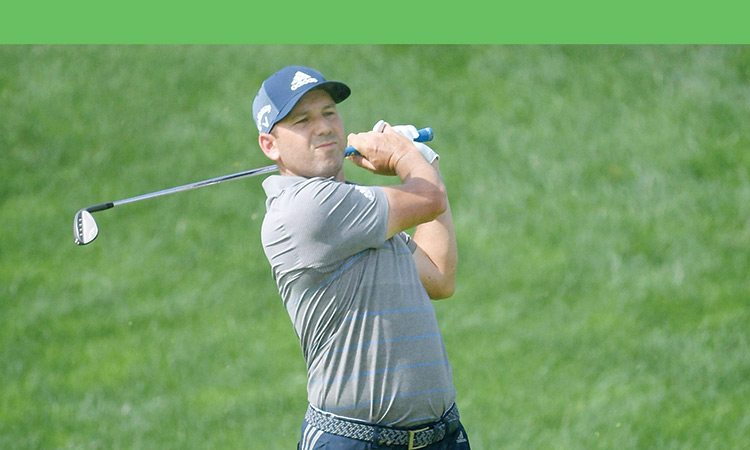 Spain’s Sergio Garcia was disqualified from the inaugural Saudi International in February for damaging the putting surfaces during the tournament. File / Agence France-Presse

The annual drive down Magnolia Lane to the stately confines of Augusta National Golf Club comes none too soon in what’s so far a season with more than its fair measure of woes.

Perhaps among the towering pines and azaleas at Augusta, where the genteel traditions of the game continue to hold sway, controversy surrounding new rules, clashes of personality and mere flashes of pettiness will be put aside in pursuit of the Green Jacket at the first men’s major championship of 2019 -- The Masters.

Spain’s 2017 Masters champion Sergio Garcia has been front and center as incivility flared this season. Garcia was disqualified from the inaugural Saudi International in February for taking his frustrations out on two of the greens at Royal Greens Golf Club, damaging the putting surfaces during the tournament.

He became the first player on the European Tour to be disqualified under Rule 1.2a, which deals with conduct expected from players and declares golfer are “expected to play in the spirit of the game by acting with integrity, showing consideration to others and taking good care of the course.”

A chastened Garcia offered an apology, blaming his tantrum on “emotional, personal news” he’d received earlier in the week.

American Matt Kuchar also found himself offering a belated apology after he was excoriated on social media over paying his local caddie just $5,000 for his $1.3 million victory at last year’s Mayakoba Golf Classic in Mexico.

Kuchar’s insistence that the payment was fair -- calling it a “good week” for a caddie who normally makes $100-$200 a day -- only brought more criticism and the US veteran eventually backtracked, agreeing in February to pay caddie David Giral Ortiz the $50,000 he had requested -- still well below the 10 percent bonus from Kuchar’s purse that a regular US PGA Tour caddie would have expected.

Testy twosome Garcia and Kuchar were embroiled in drama again at the WGC Match Play -- over Kuchar’s failure to concede a tap-in putt to the Spaniard in the quarter-final clash.

Kuchar maintained that Garcia took a backhand swipe at the tiddler before he had a chance to formally concede it -- hole to Kuchar the eventual match-winner with plenty of post-game finger-pointing and pontificating to follow, along with, eventually, a kiss-and-make-up Instagram video.

While the peccadilloes of Garcia and Kuchar were perfect grist to the social media mill, the revised rules of golf aimed at simplifying the game’s labyrinthine code have proved an unexpected source of controversy.

China’s Li Haotong was the first player to fall afoul of the new rule -- aimed at stopping caddies from lining up shots for their players -- that bars caddies from standing behind a golfer once the player has begun to address his ball.

Li was docked two strokes and went from third to 12th in the Dubai Desert Classic in a ruling that European Tour Chief Executive Keith Pelley said was correct but “grossly unfair”.

After Denny McCarthy received an identical sanction at the US PGA Tour Phoenix Open -- which was revoked because tournament officials said the rule hadn’t been applied uniformly -- the Royal & Ancient and US Golf Association eventually moving to clarify the rule. But pros appeared to remain perplexed by new rules permitting putting with the flagstick in the hole and requiring drops to be taken not from traditional shoulder height but from knee height.

US Tour pro Rickie Fowler, who absorbed a one-shot penalty for forgetting to drop from knee height at the WGC-Mexico Championship -- was particularly scathing about the new drop rule, complaining dropping from knee height made golfers “look stupid”.

But one new rule may be a boon to players on the famously difficult greens of Augusta National -- where golfers now will be able to repair spike marks.