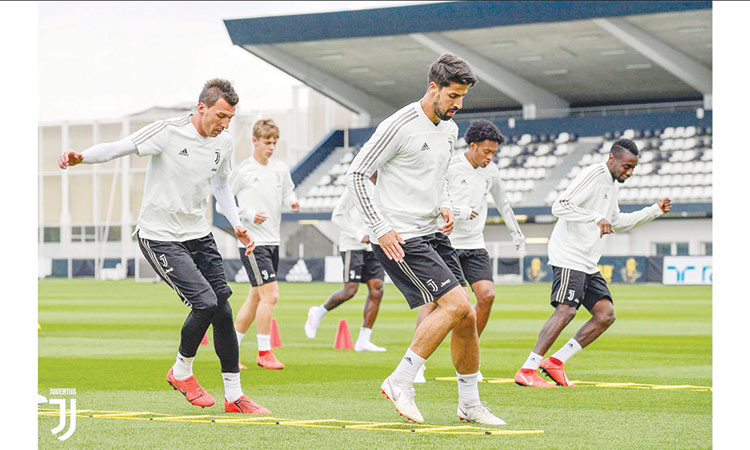 Champions Juventus turn their focus to nailing down an eighth consecutive Serie A title in record time this weekend, days after a row erupted over racist abuse aimed at starlet Moise Kean in Cagliari.

Massimiliano Allegri’s side return to their home comforts of the Allianz Stadium in Turin to host AC Milan after their trip to Sardinia on Tuesday ended amid scenes of chaos as Kean and teammate Blaise Matuidi were subjected to monkey cries and racist chanting.

Juventus could win the league title with seven games to spare — the earliest any team has ever sealed Serie A — if they beat AC Milan and nearest challengers Napoli lose at home to Genoa.

The Turin giants have an 18-point advantage on Napoli and have won both their direct clashes with Carlo Ancelotti’s side this season.

Boosted by the summer signing of Cristiano Ronaldo, Juventus have had an unparalleled campaign, with just one defeat in 30 games on March 17 against Genoa, when the Portuguese superstar was rested.

But Allegri’s side are building momentum as they prepare for next week’s Champions League quarter-final, first leg clash against Ajax in Amsterdam. If they don’t seal the title on Sunday they can do so the following weekend with a win at SPAL.

In both cases it would be a record for the 20-team Italian championship.

Allegri wants to seal a 35th ‘Scudetto’ as quickly as possible, before the real seasonal goal, the coveted Champions League, last achieved in 1996.

The Serie A points record of 102 which Juventus achieved under Antonio Conte in the 2013-2014 season, remains an achievable goal as by winning the last eight remaining matches they can achieve 105.

Ronaldo is recovering from a right thigh injury, which could rule him out of this weekend’s game.

But tests carried out on Monday, indicated he may be able to play the first leg against Ajax, according to reports in Italy.

Allegri could opt for the 34-year-old to start on the bench on Saturday and give him a runout before the Ajax challenge.

Atalanta blitzed Bologna with four goals in the opening 15 minutes to move to within one point of AC Milan and the final Champions League berth with a 4-1 win at home on Thursday.

Injury-hit AC Milan, in fourth, are desperate for a result having taken just one point from their last three league games.