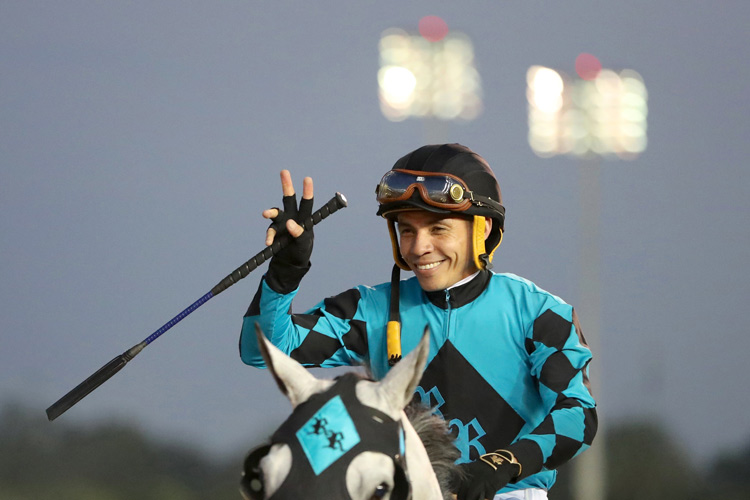 DUBAI: X Y Jet was first out of the gate and first home with a powerful front-running performance to capture Saturday’s US$2.5 million, Group 1 Dubai Golden Shaheen at Meydan Racecourse.

Trained by Jorge Navarro for owners Rockingham Ranch and Gelfenstein Farm, X Y Jet had finished second twice previously in this event, defeated a neck in 2016 when collared by Muarrab and by a head last year to Mind Your Biscuits.

Emisael Jaramillo hustled X Y Jet from the gate on Saturday night and immediately took command of the race with Matera Sky, piloted by Yutake Take, applying pressure through an opening 400m in 24.34 seconds.

The 7-year-old Kantharos gelding maintained his advantage into the turn as Matera Sky tried to keep pace with Imperial Hint saving ground in third. As the field straightened away, Matera Sky again took aim at the pacesetter, but X Y Jet found another gear and flew home a length and a half winner. X Y Jet completed 1200m in a final running time of 1:10.75.

A game and determined Matera Sky stayed on for second, a half-length in front of Imperial Hint. Promises Fulfilled rallied belatedly up the rail to finish fourth with Drafted, Fight Hero, Nine Below Zero, Switzerland, and Tato Key completing the order of finish. Roy H was a nonstarter.