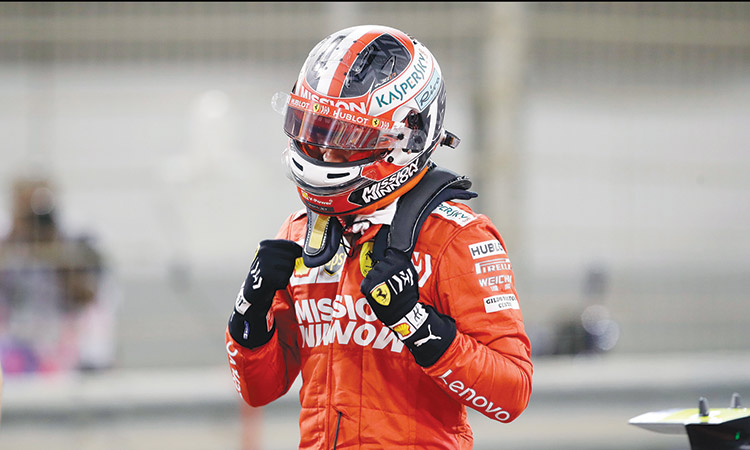 The 21-tear-old Formula One rookie became the first Monegasque driver ever to take pole for a world championship race.

Leclerc lapped the Bahrain International Circuit in one minute and 27.866 seconds, beating the mark set by his team-mate and four-time champion Sebastian Vettel last year.

Vettel qualified second to clinch a Ferrari lockout of the front row and was quick to congratulate his new team-mate who shone in only his second race weekend with the team.

“He deserved it,” said Vettel “Yes, come on!” said Leclerc, who is 10 years younger than his team-mate.

“Tomorrow is the race and it’s where we score points, but it’s a good beginning... It seems like we did a good job so I am extremely happy.” Leclerc became the second youngest pole-sitter in F1 history behind Vettel, who qualified three-tenths behind him.

Five-time world champion Lewis Hamilton was less than a tenth of a second behind Vettel in third ahead of Mercedes team-mate Valtteri Bottas, Dutchman Max Verstappen of Red Bull and sixth-placed Dane Kevin Magnussen of Haas.

Carlos Sainz was seventh for a resurgent McLaren ahead of Romain Grosjean in the second Haas, Kimi Raikkonen of Alfa Romeo and British rookie Lando Norris in the second McLaren.