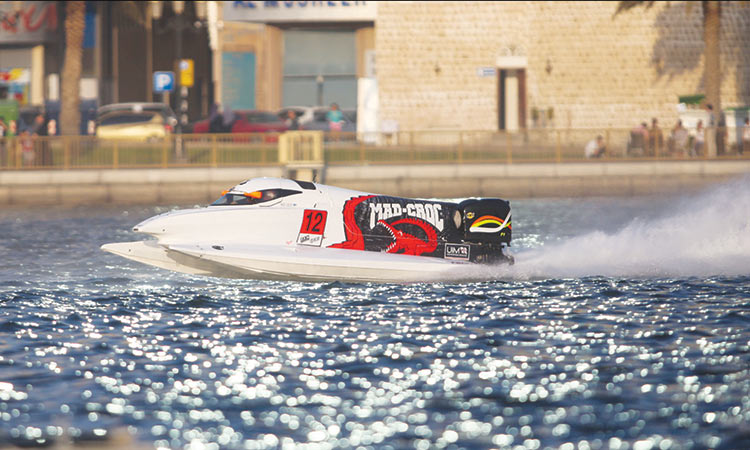 Sami Selio will mark his debut with the Sharjah Team at the UIM F1H2O World Championship season opener in Dammam on Thursday. Supplied photo

The two-time world champion from Finland, who signed a multi-year cooperation agreement with Sharjah International Marine Sports Club (SIMSC), will mark his debut in the Sharjah Team colours at the season opener.

The Finn, who is known for his exceptional pace and qualifying prowess and has won 13 Grands Prix, will look to begin season on a high note after finishing eighth with Mad-Croc Baba Racing in 2018.

“I am very excited to be starting the season with Sharjah Team for the first time, and of course my target is to give the best for them,” said Selio.

His hopes of having smooth sailing faces a tough time as Team Abu Dhabi are also gearing up for a major challenge as they launch their bid for a second successive double title triumph.

Eighteen drivers from nine teams representing 11 countries will renew rivalries in the season-opener in Dammam, which marks a return to Saudi Arabia for the first time in 15 years.

“I know it’s going to be tough, but the team has prepared meticulously for the new season and we’re looking forward to getting things under way.

“I am proud to represent Sharjah. I thank Sharjah International Marine Sports Club for their commitment and support,” Selio said.

Selio will be partnered by fellow Finnish countryman Filip Roms, who is one of the youngest drivers at 25 and already has six years of experience under his belt in F1H2O.

“The backing [of SIMSC] is significant and essential for us and it will give us every opportunity to compete at the highest level, to win races and will enable us to fight for the world title,” he added.

Sharjah has a longstanding and very successful association with the UIM F1H2O World Championship, hosting its first Grand Prix on the spectacular Khalid Lagoon in the heart of the city in 2000 and since 2004 has become the showpiece for the traditional end of season finale.

“We are very pleased to be the sponsor of a team in the prestigious UIM F1H2O World Championship,” said Ali Salim Al Midfa, Chairman, Sharjah International Marine Sports Club.

“We know Sami very well; he is a top competitor so we started discussion last year and now Sharjah Team is a reality and it gives us a wonderful opportunity to promote Sharjah as a top tourist destination at events all over the world. We will also support the team in the F2 and F4-S championship and to encourage and introduce young drivers into the sport, with Sami, we will establish a training centre in Sharjah,” he added.

Team World Champions Abu Dhabi will undoubtedly be the target for their rivals.

Nine-time race winner Chiappe will be looking to bounce back and get his season off to a flyer after a somewhat frustrating 2018. He knows one of his fiercest challenges will come from team-mate Morin who starts in Dammam coming off the back of a strong 2018 picking up two podiums and finishing fourth in the overall rankings.

Another UAE-based team, Victory Team, will be looking for a strong start to the year and to capitalise and launch a consolidated title bid through its impressive and experienced driver lineup, Emirati Ahmed Al Hameli and four-time world champion from Italy, Alex Carella. 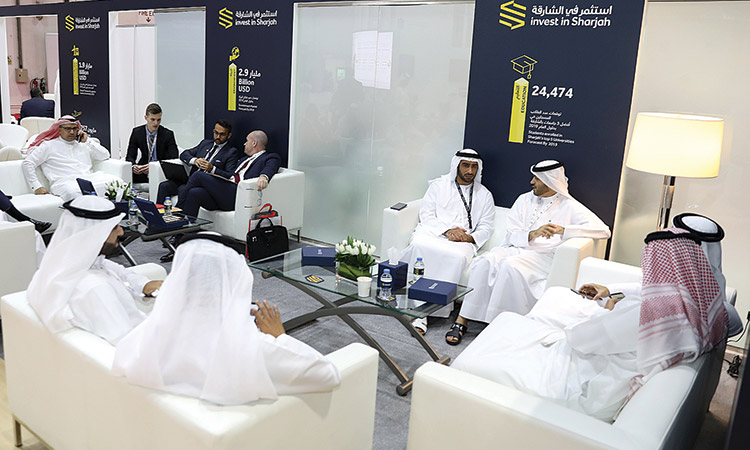 The emirate of Sharjah has attracted more than 35 new FDI projects from different countries across the globe last year and is expecting to increase the number of FDI projects by 20 per cent in 2019, said Mohamed Juma Al Musharrkh, CEO of Invest in Sharjah on the sidelines of the Annual Investment Meeting 2019, which opened in Dubai on Monday. He said, “The total value of the FDI in the emirate currently stands at $1.6 billion