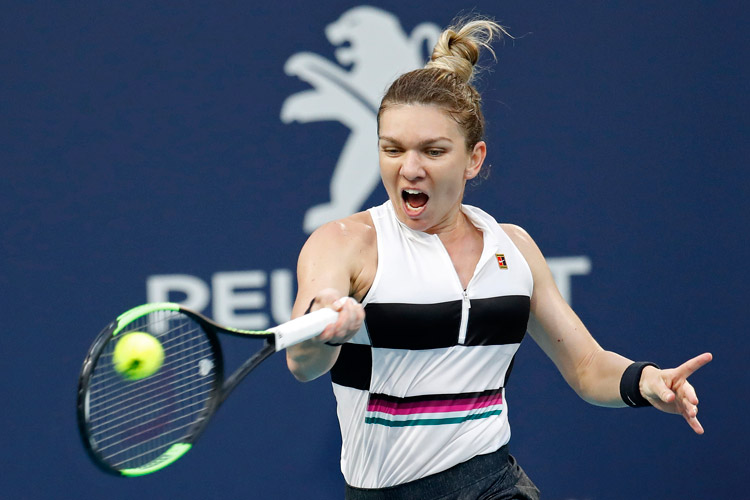 Simona Halep hits a backhand shot against Venus Williams in the fourth round of the Miami Open on Tuesday.

Miami: Roger Federer admits he faces a real battle to land the 101st title of his career with the in-form Daniil Medvedev next up after Serbian Filip Krajinovic was dispatched 7-5 6-3 on Monday at the ATP and WTA Miami Open.

The Swiss superstar produced an excellent all-round performance despite being tested by the world number 103 who belied his lowly ranking by producing some excellent tennis during an exciting first set.

Federer, however, stylishly weathered the storm to seal the win - the 52nd of his career in Miami - and set up an intriguing last eight match with the highly-rated Medvedev.

“He’s clever how he plays the court because he can play it up and down, and he’s unusual when he plays from back,” said the Swiss, who hit 14 aces and won an impressive 74 per cent of points on his first serve.

Krajinovic struggled with injury last year as problems with his ankle, left foot and hand restricted him to just seven tournaments in the first seven months of 2018.

Yet some fierce hitting from the back of the court surprised the predictably pro-Federer crowd and a brilliant run and flick over the net handed him an early break for 3-2.

Keeping the pressure on, however, was a different matter as Federer broke straight back before pocketing the opening set.

The second set wasn’t as competitive, Federer easing home and finishing with 35 winners compared to the Serbian’s 18.

Simona Halep, meanwhile, got the better of Venus Williams once again as the Romanian made light work of the 38-year-old American to book a place in the quarter-finals with a 6-3, 6-3 win.

“I was pretty strong with my serve and knew where to bother her,” said the reigning French Open champion who will meet China’s Wang Yafan or Wang Qiang in the last eight.

“When I saw I can win easy games with my serve, it gave me great confidence,” she added.

Bianca Andreescu, the 18-year-old Canadian sensation who won the title in Indian Wells, was forced to withdraw in the second set of her fourth round match with Anett Kontaveit.

Andreescu was 1-6 0-2 down before a shoulder injury ruined her chances of another run to the finals.

Petra Kvitova, the world number 3, booked her place in the last eight, beating Caroline Garcia 6-3, 6-3 in a match which was held up for one hour and 40 minutes because of rain in South Florida. Kvitova plays Australian Ashleigh Barty for a place in the semi-finals. 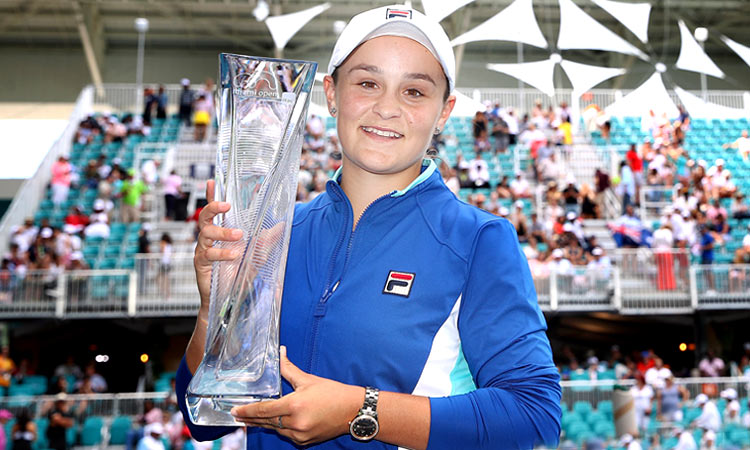