Halep battles into Miami 4th round clash with Venus - GulfToday 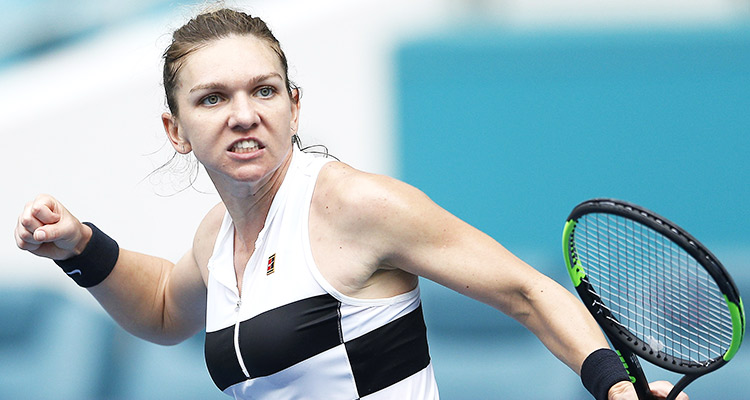 Simona Halep of Romania reacts during her match against Polona Hercog of Slovenia during Day 7 of the Miami Open Presented by Itau at Hard Rock Stadium.

The 27-year-old lost her place at the top of the women's game following Naomi Osaka's triumph at the Australian Open earlier this year.

But with the Japanese faltering here on Saturday, Halep can return to the position she last held at the end of 2018 if she lands the Miami Open for the first time.

The Romanian, who will also move up the to the top of the rankings if she reaches the final and Petra Kvitova doesn't win the title, will certainly have to put in a better display than the patchy performance which eventually sent the gutsy Hercog, the world number 93 from Slovenia, out.

"She played unbelievable and it was such a tough match," said Halep, who belted 48 winners compared to her opponent's 38 but won just 31% of points on her first serve.

"It was good to play for almost three hours though. I slowly found my rhythm but I always had belief so if I can keep doing this, I will have a good tournament.

Halep, the 2018 French Open champion and current world number three, arrived in Miami having failed to get past the round of 16 in Indian Wells and the quarter-finals in Dubai.

She started sluggishly on the center court at Hard Rock Stadium, where Hercog moved into an early 3-1 lead.

Halep finally broke back for 4-4 but another sloppy game handed Hercog the opportunity to grab a first set lead which she duly took. 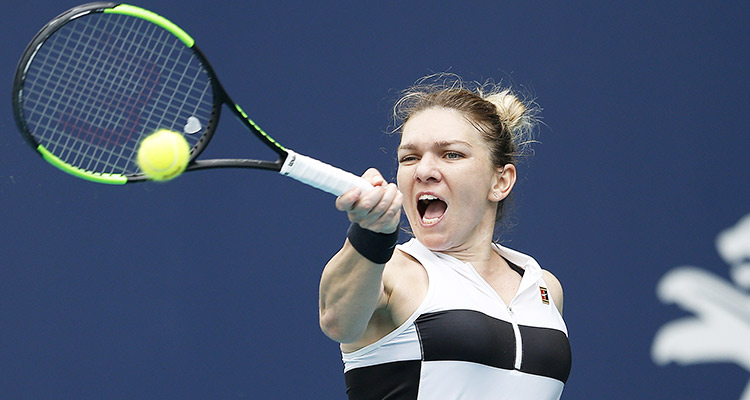 Simona Halep of Romania returns a shot to Polona Hercog of Slovenia during Day 7 of the Miami Open Presented by Itau at Hard Rock Stadium.

Halep was far more solid in the second, despite missing the chance to draw level when she was broken serving at 5-3 and Hercog kept her nerve make it 5-5.

As the clock ticked past two hours, a brilliant drop shot by Hercog ensured a second set tie break only for Halep to emphatically win it 7-1 before the decider was sealed for the Romanian when she held to love after 2 hours and 50 minutes.

On the men's side, defending champion John Isner blew Spain's Albert Ramos-Vinolas off court with serves touching 139 mph as the American sealed an ultimately comprehensive 7-5, 7-6 (8-6) win.

He was broken in the very first game but responded by hitting a total of 16 aces to set up an intriguing match with Kyle Edmund in the last 16 after the British number one impressively saw off Canadian Milos Raonic 6-4 6-4.

"I did a lot of things well," Isner said. "I played a good first set, even though I didn't start it off well. In the second, it wasn't quite as clean. But I'm into the Round of 16 of a big tournament and I'm happy."