I am not worried says under-fire Sarri 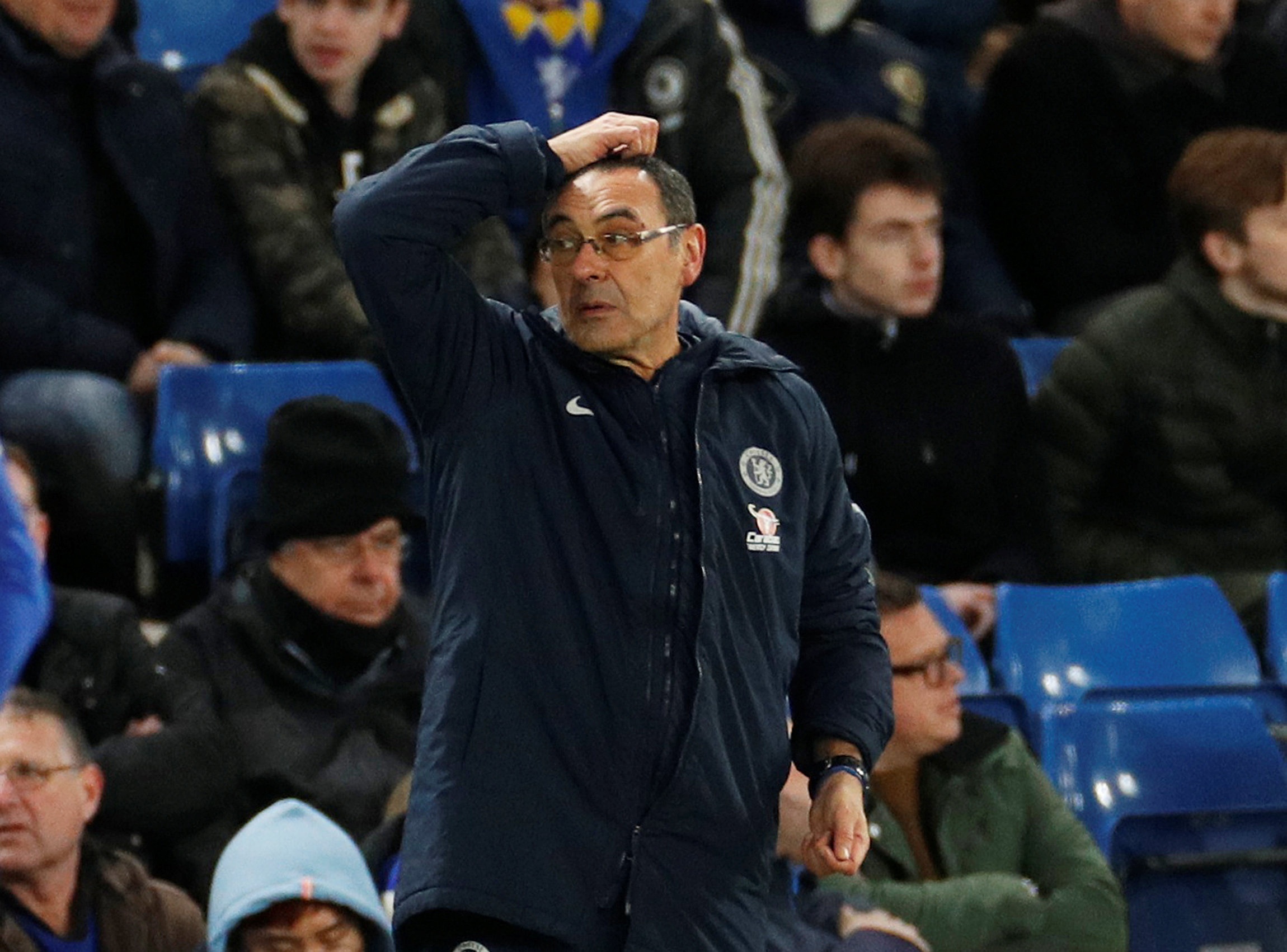 Sarri faces a fight to save his job after FA Cup holders Chelsea crashed to a 2-0 fifth round defeat at Stamford Bridge on Monday.

Ander Herrera headed United into the lead from Paul Pogba's cross in the 31st minute.

France star Pogba doubled United's advantage on the stroke of half-time when he met Marcus Rashford's cross with a diving header.

Sarri endured chants of "you don't know what you're doing" and "you're getting sacked in the morning" as furious Chelsea fans showed their frustration at the club's fifth defeat in their last 10 games.

Chelsea's stars, publicly criticised by their manager on several occasions this term, hardly looked to be battling to keep the Italian as they failed to muster a shot on target after the 11th minute.

Sarri's fragile relationship with his players, combined with the mutinous atmosphere among supporters, increased the feeling that the former Napoli boss might not survive until the end of his first season with Chelsea.

Demanding Chelsea owner Roman Abramovich has acted quickly in the past when managers have been perceived to have lost the support of the squad.

But Sarri is adamant he isn't concerned about his perilous position and he claimed he is solely focused on salvaging his club's turbulent season.

Asked if he was worried Abramovich might be ready to wield the axe, Sarri said: "It's not my problem.

"I was only worried about my position when I was in League 2 in Italy, not now.

"I am worried about the results, not about the fans. Of course I can understand the situation.

"I can understand our fans, because the result wasn't really good. We are out of the FA Cup."

Following widespread reports that Sarri's players are underwhelmed by his stubborn refusal to change his tactics, the 60-year-old did make the alarming admission that he wasn't certain he still had their backing.

"Of course I'm not sure, but I think so. I think the situation with the players is very good in terms of our relationship but that's not so important," he said.

"What's important is to play and get good results."

Chelsea supporters called for their club's former legend Frank Lampard, now in charge at Derby, to be hired and directed foul-mouthed abuse at Sarri, who suffered chants of "F*** Sarri-ball" in a scathing reference to his failing tactics.

"Not really very well, but sometimes yes. For everything there is the first time," he said when quizzed on if he heard the taunts from his own fans.

Sarri believes his situation will be improved significantly if Chelsea can string together a winning run, starting with Thursday's Europa League last 32 second leg against Malmo and the League Cup final against manchester City on Sunday.

"It's really very easy. If we are able to win three or four matches in a row, it will be easy. Of course it's difficult to win five matches in a row," he said with a curious smirk that suggested he didn't really believe his own outward optimism.

"We need of course more aggression, more determination in the situation inside our box and inside the opposing box.

"My job is to work with my players to try and improve in a few days because we conceded the second goal without determination or aggression.

"The difference was there. We played 78 balls in the opposing box and United only 16 balls our box. We are supposed to win."

Having previously questioned whether his players understood his football philosophy, Sarri repeated that complaint.

"Not completely at the moment because, especially in a situation like the second half, we have to move the ball faster mentally and materially," he said.

"We need more movements without the ball and less individual actions."