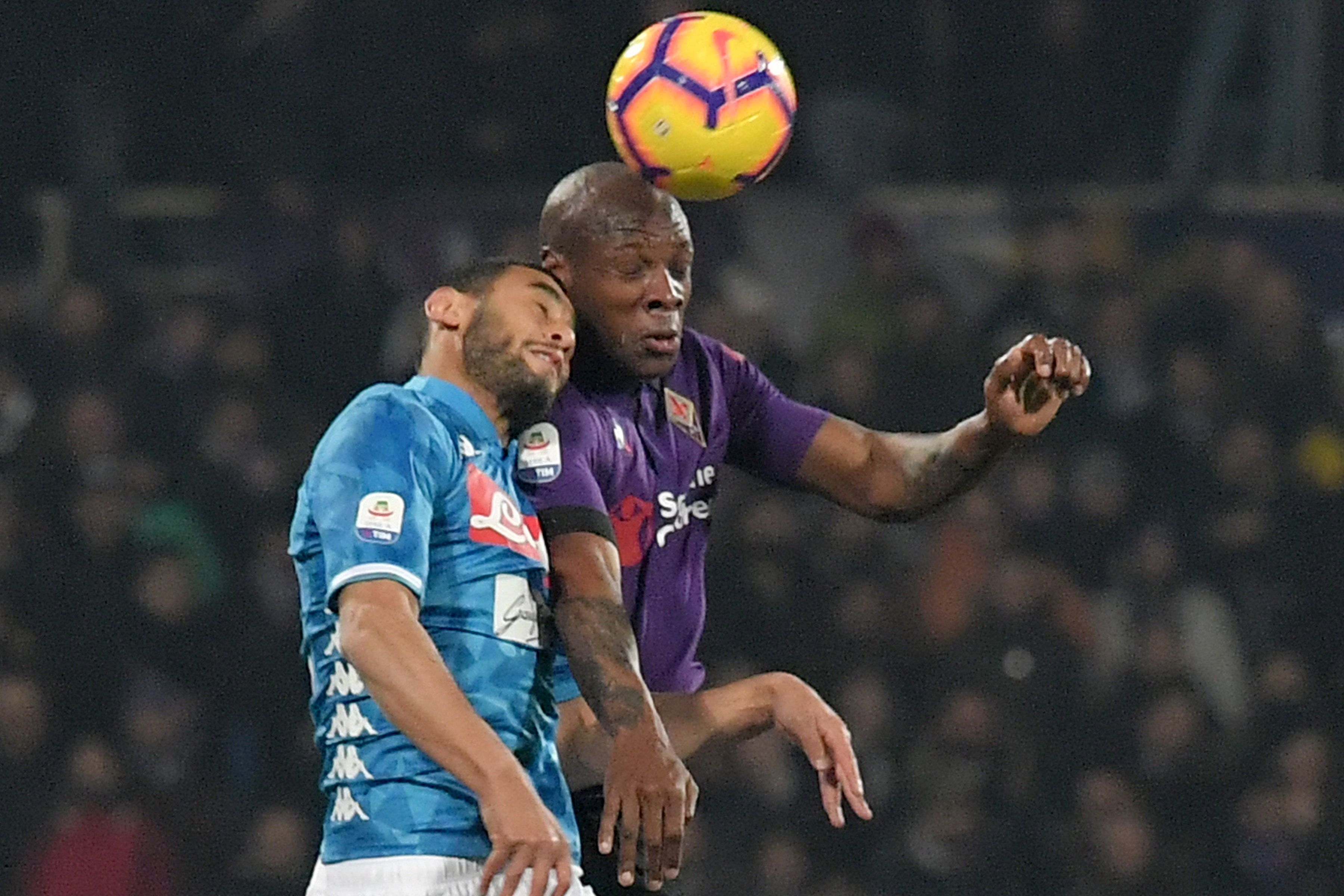 Napoli and Fiorentina players in action during their Italian League match on Saturday.

Rome: Napoli could finish the weekend trailing Serie A leaders Juventus by 11 points after Carlo Ancelotti's wasteful side stuttered to a 0-0 draw at Fiorentina on Saturday, as Lautaro Martinez scored the only goal to get Inter Milan back winning against promoted Parma.

Both sides start their Europa League campaigns this week after crashing out of the Champions League with Napoli travelling to FC Zurich and Inter Milan away to Rapid Vienna in their round of the 32, first leg ties.

Fiorentina goalkeeper Alban Lafont produced a string of saves to deny Piotr Zielinski and Dries Mertens as Napoli failed to score away from home for the third game running.

"We dropped two points that we would've deserved for attacking from start to finish," said Ancelotti.

"In some ways, it was an impeccable performance, but we weren't clinical enough in front of goal and were forced to make do with a point."

Ancelotti's side have now been held twice in the past three games while hosts Fiorentina drew for the 11th time in 23 matches this season to sit ninth, but just six points off the Champions League berths.

The Tuscany side's best chance came just after half-time when French midfielder Jordan Veretout was denied by an excellent stop from Alex Meret.

Inter Milan, in third, got back winning after Martinez came off the bench late, scoring after 79 minutes at Parma, after an earlier Danilo D'Ambrosio headed goal was ruled out after a VAR video review for a handling offence.

Belgian midfielder Radja Nainggolan crossed nicely for the Argentine blast in Luciano Spalletti's side their first league goal and win of 2019.

Inter are now nine points behind Napoli, with Roma in fourth, a further five points behind, and Lazio fifth after their wins over Chievo and Empoli earlier this week.

"Just as the defeat against Bologna (last week) caused despair, this victory will give us enthusiasm and strength.

"We must now keep a low profile to rediscover stability. We showed positive things tonight, but we need to produce further performances like this to gain consistency."

Parma are in 12th position with just one goal from their last five games, despite their heroics last week with a late Gervinho double holding champions Juventus 3-3.

Unbeaten Juventus could stretch their advantage to double digits on Sunday when they travel to mid-table Sassuolo, firming on track for an eighth consecutive league title.