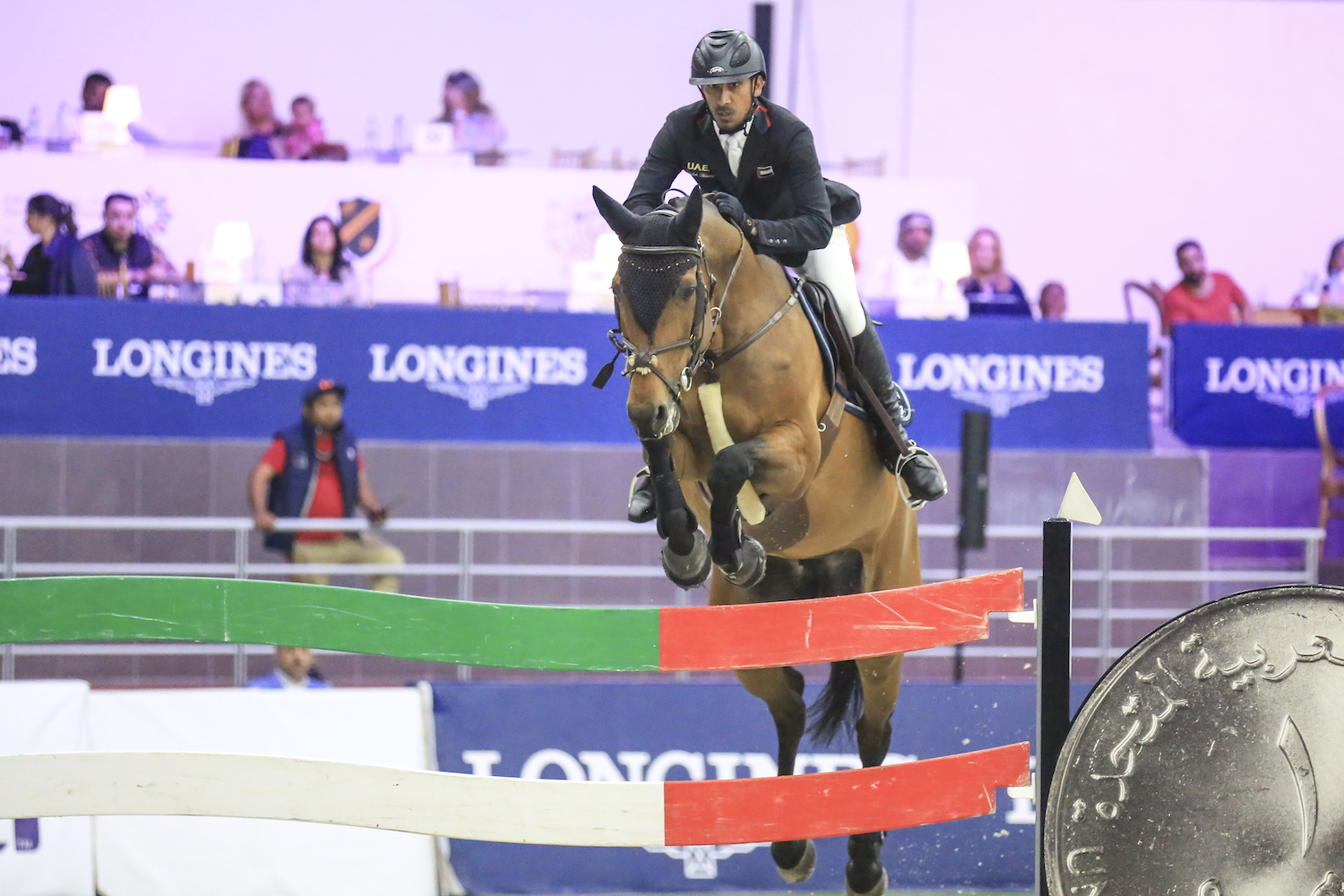 “It is a long hard road and I will need to step up my game further and put in the extra hours. But I’m prepared to do whatever it takes to represent the UAE, and hopefully win a medal.

“But I could not have achieved this without the support of my sponsors and the technical team around us. We are slowly moving up and hopefully we can keep going until we reach the top.”

The road to Tokyo begins with the Gothenburg World Cup, but Muhairi has additional concerns ahead for the qualifiers.

“Cha Cha Cha is a great horse, and she helped give me this victory,” he said. “But for the Olympics I will need a new horse, one that has the experience and ability to jump at higher levels.

Sultan Mohammad Khalifa Al Yahyai, director general of the Sharjah Equestrian and Racing Club, is in no doubt that the UAE would make their mark at the highest levels in the sport. “The Olympics is the ultimate target for any show jumper and I believe that we are closer to achieving that vision,” he said. “I am confident that Muhairi has the credentials and skills to compete at the highest level and even win.”

The two winners who will represent the countries of North Africa in the World Cup are Egypt’s Abdel Said with 65 points and his compatriot Mohamed Talaat with 52 points.