Hardik Pandya back as India bowl first in 3rd ODI 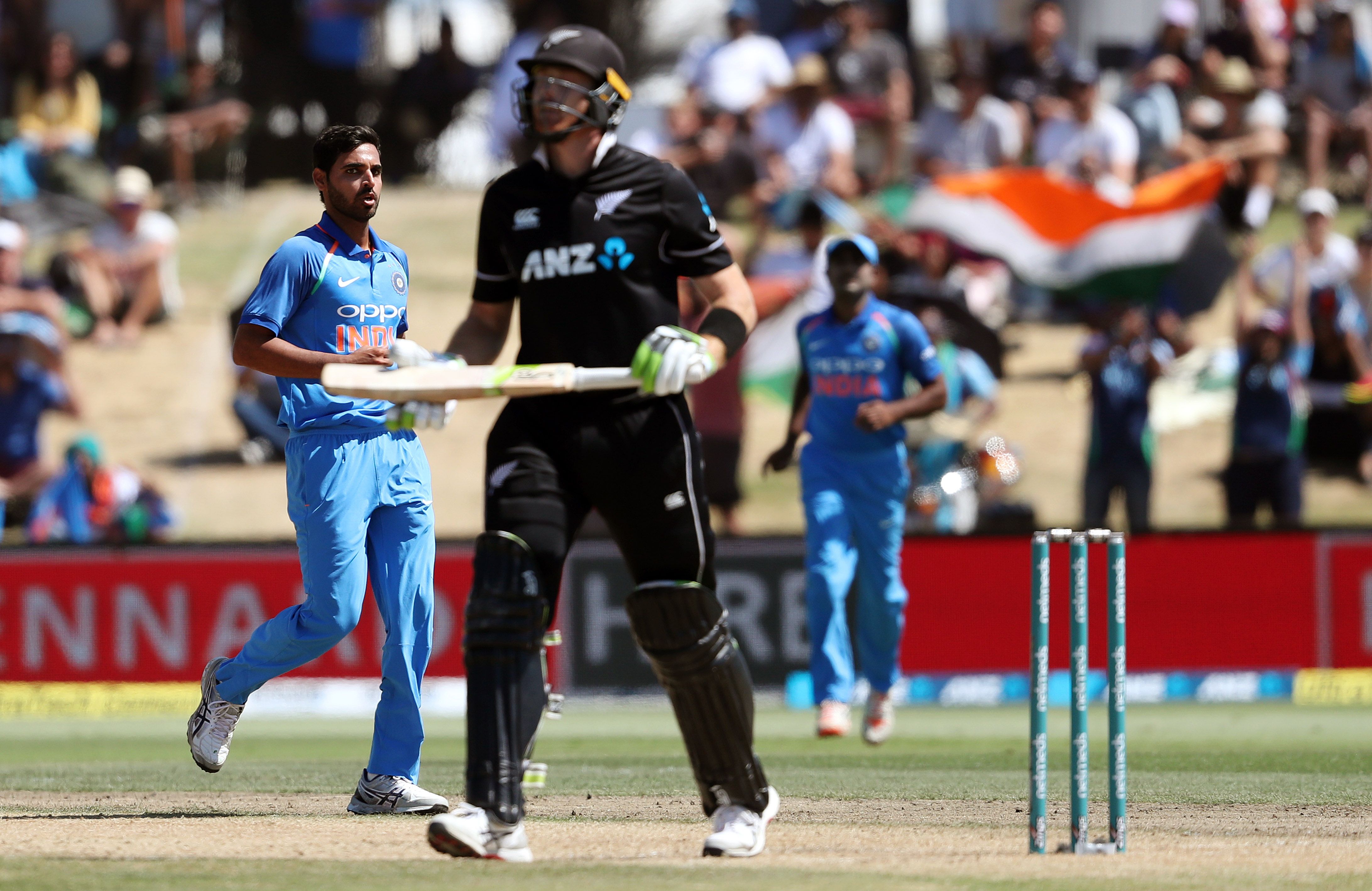 MOUNT MAUNGANUI: India have thrust recalled all-rounder Hardik Pandya into the third one-day international against New Zealand as they look to wrap up the series in Mount Maunganui on Monday.

The tourists will be bowling first, after New Zealand skipper Kane Williamson won the toss and opted to bat.

India have proven they will be the team to beat in this year's World Cup after a comprehensive demolition of third-ranked New Zealand in the first two matches.

They won the series opener by eight wickets when bowling first, and took game two by 90 runs when electing to bowl second.

They have made two changes for game three, with an injured MS Dhoni replaced by Dinesh Karthik and Pandya back for Vijay Shankar.

Pandya was sent home when from Australia earlier this month following allegedly sexist remarks made on a television chat show.

But he was rushed to New Zealand to rejoin the side after the suspension was lifted last Thursday.

“It's good to have him back,” captain Virat Kohli said.

“He's someone who has provided really good balance to the side. He can give you five or six overs and pick up wickets, and then his hitting power everyone knows.”

New Zealand have made one change with Mitchell Santner in for Colin de Grandhomme to join Ish Sodhi as the second spinner.

“The spin throughout the series has been effective and naturally on a used surface you'd like to think they'll come into play a little bit more,” Williamson said.