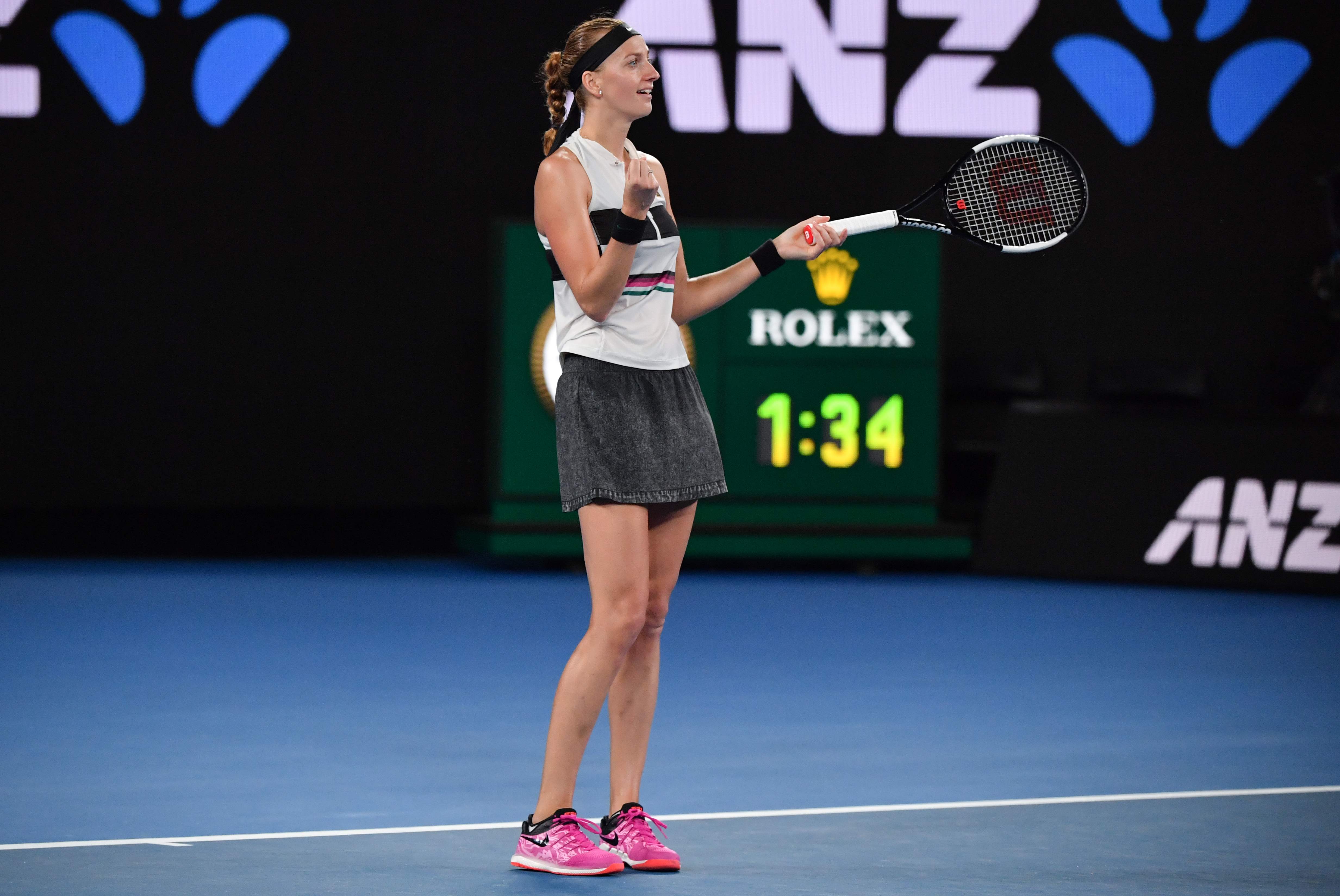 Collins was matching Kvitova until play was interrupted late in the first set while the roof on Rod Laver Arena was closed as the temperature soared past 36 degrees Celsius (96.8 Farenheit).

Kvitova said until then she was struggling to find her best form.

“I'm really glad that it (form) came in the tie-break and in the second set,” she said.

“I think I was happier than the fans when the roof closed, I like to play indoors and I think that helped me a little bit.”

Collins, who had a dream run to make the final four on her Australian debut, became flustered after Kvitova won a first-set tie-breaker and her game fell apart in the second set.

Reaching the final is the highlight of what Kvitova calls her “second career”, after she returned following a terrifying attack in her home in the Czech Republic in late 2016.

“It means everything, finally I can make it deep in this major and whatever happens I'm very happy,” the big-serving left-hander said.

Kvitova, who is on an 11-match win streak after winning the Sydney International warm-up tournament, will claim the number one ranking if she wins the final, deposing Romania's Simona Halep.

The combative American, who took Kvitova to three sets in their only previous meeting, initially performed strongly to force a first-set tie-break.

She was matching Kvitova's power hitting when the roof was closed mid-way through the set at 4-4 to shut out the afternoon sun.

But Collins lost her cool when Kvitova ran away with it 7-2 and argued with the umpire at the beginning of the second set.

“Every time I hit a good serve or win the point there's something,” she told umpire Carlos Ramos, the same official who was the subject of Serena Williams' infamous rant in last year's US Open final.

Kvitova, vastly more experienced than her opponent, kept her composure and won the second set at a canter.