Constitutional balance needs to be restored 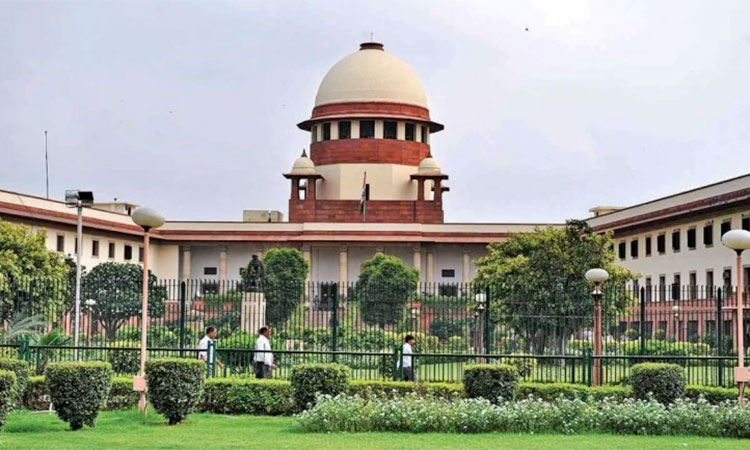 The changes made by the Supreme Court are far more momentous than most of those made by the Executive and Parliament.

India enters its 74th year as a democratic republic on Thursday. The 1950 Constitution vested in Parliament the power to make changes in it. The only condition it set was that the two houses of Parliament must approve the proposed changes by a two-thirds majority. A law providing for a certain kind of change will take effect only after half the states give their consent to it.

When petitioners raised questions about Parliament’s power to amend the Constitution, the Supreme Court affirmed it was unfettered.

In 1967, that situation changed. In what is known as the Golaknath case, 11 learned judges of the apex court, by a 6-5 verdict, ruled that constitutional amendments were no different from other amendments, overlooking the fact that the Constituent Assembly had made different and more difficult provisions for them. With this interpretation of the relevant article, the right to have the final word on the Constitution shifted from the Executive and Parliament to the Judiciary.

Going one step further the Supreme Court declared that Parliament had no right to amend Part III of the Constitution which enumerates the fundamental rights of the citizens.

Was it a mere coincidence that the change in the Judiciary’s thinking came after the Executive and Parliament weakened with the passing of the stalwarts of the freedom struggle, particularly Prime Minister Jawaharlal Nehru? May be or may not be.

When the courts struck down reservations for the backward castes, which was in force in some states since pre-Independence days, as violative of the equality provisions of the Constitution, the Nehru government quickly reversed the situation through an amendment. While the Congress was able to retain power at the Centre in the 1967 elections, the first after Nehru’s death, it did not command the two-thirds majority needed to amend the Constitution.

In the 1973 Kesavananda Bharati case, the Supreme Court modified its position slightly. It conceded Parliament’s right to amend any part of the Constitution but said the changes should not alter its basic character. This judgment came after the position of the Executive and Parliament improved following Prime Minister Indira Gandhi’s massive victory in the 1971 Lok Sabha elections.

But what exactly is the basic structure of the Constitution? That remains unexplained, leaving room for the court to define as and when occasion demands. In a daring attempt to tame the judiciary, Mrs Gandhi got the President to appoint AN Ray as the Chief Justice of India, superseding three judges. Those whose seniority was overlooked, resigned.

Initially the tussle between the Executive and the Judiciary was widely seen merely as an attempt by Indira Gandhi to control the Judiciary. The Opposition parties did not, therefore, make common cause with her. They remained passive spectators when the Judiciary altered the constitutional balance in its favour.

Thanks to the practice of numbering constitutional amendments passed by Parliament, we have a clear count of them. The last one, passed by Parliament in August 2021, was the 105th. How many changes has the Supreme Court made in the Constitution in the process of exercising its exclusive right to interpret its provisions? No one knows for sure as no one is a keeping a count.

The Constitution vests the power to appoint these judges in the President. As a constitutional head, he is required to act on the advice of the Council of Ministers on all matters. The Executive thus had primacy in the process.

Through three judgments, in what are known as Judges cases, the Supreme Court appropriated to itself primacy in judicial appointments. It created an extra-constitutional body known as Judges Collegium, comprising a few senior judges, to take decisions on appointments and transfers and send them up to the government to be placed before the President as recommendations. It needs to be noted that this happened at a time of political uncertainty. Weak coalition governments held power at the Centre.

The Congress-led United Progressive Alliance government, which had a run of 10 years, after consultations with the main opposition parties, drafted a bill to establish a National Judicial Appointments Commission with a representative character to make recommendations on appointments and transfer of judges.

Elections came before the UPA could proceed further. One of the first acts of the Bharatiya Janata Party-led government, headed by Narendra Modi, was to enact into law the bill drafted by the previous government. The Lok Sabha adopted it unanimously. The Rajya Sabha passed it with a lone abstention.

The idea of a judicial appointments commission had met with a wide measure of approval in public debates with even former judges viewing it as one that can check excessive Executive influence.

But the Supreme Court struck down the law. It was clearly unwilling to part with the power it had grabbed, taking advantage of the weakness of the Executive. It does not seem to realise that what it did distorted the democratic system devised by the makers of the Constitution. The sooner it restores the original scheme the better. The political parties must forget their differences and devise measures to undo the judges-appoint-judges system which should have no place anywhere, let alone a democracy.