Are charges excessive for Baldwin in ‘Rust’ shooting? - GulfToday

Are charges excessive for Baldwin in ‘Rust’ shooting? 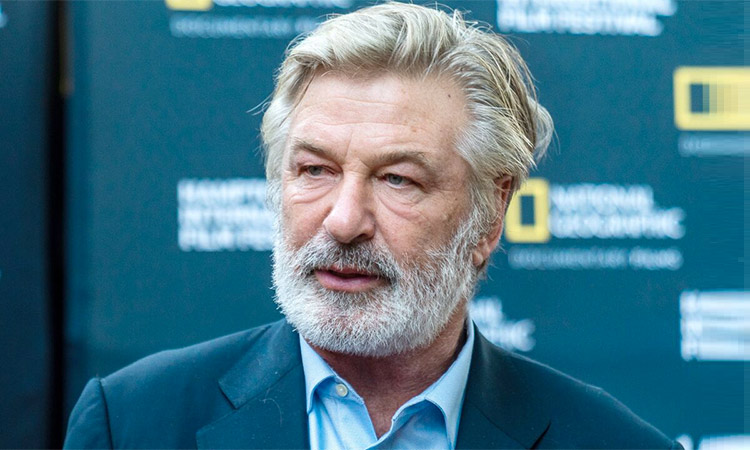 Of course Alec Baldwin, an American actor, comedian, and producer. In his early career, Baldwin played both leading and supporting roles in a variety of films such as Tim Burton’s Beetlejuice, shouldn’t receive special treatment because he’s famous. He shouldn’t be treated, as the district attorney in Santa Fe, NM, put it, as if he were “above the law.” There shouldn’t be “two legal systems in your country — one for the powerful and one for everyone else,” as a New Mexico law professor noted.

Baldwin should be treated like anyone else would be under the strange circumstances he finds himself in.

But at the same time, Baldwin shouldn’t be charged or convicted because he’s a famous actor or because there’s political pressure to bring charges or because when someone gets shot, someone else always must be held responsible.

New Mexico prosecutors announced that they intend to charge Baldwin with involuntary manslaughter in the shooting death of cinematographer Halyna Hutchins with a Colt .45 revolver on the set of the movie “Rust” in October 2021. The gun fired a live round and Hutchins was killed.

To prove involuntary manslaughter, prosecutors don’t have to show that the killing was intentional, but they do have to prove that the accused person behaved negligently.

Maybe they have evidence of that. Maybe there are facts I’m unaware of showing that Baldwin’s behaviour clearly meets the legal standard for conviction. Maybe a jury will agree.

But every now and then we have to acknowledge that accidents are accidents. Tragedies are tragedies. As a society we often have an overwhelming urge to punish someone when something goes wrong. We crave justice, and we imagine that justice must require punishment.

But maybe, sometimes, no one is to blame, frustrating as that may be. Or maybe, in this case, there’s someone to blame and that person isn’t Baldwin. It’s true he was holding and pointing the gun when it went off — but he has said he’d been assured that it was not loaded with live ammunition by those whose job it was to know.

What happened on that day is obviously a clarion call for tighter rules and better safety protocols on the part of everybody on every movie set in the world. What happened to Hutchins must never, ever happen again. (It’s hard to believe any actor in the future will point a gun without confirming for themselves that the gun holds no live ammunition.)

But was Baldwin’s behaviour negligent to the point of criminality? Did he behave “without due caution and circumspection,” which is the language of New Mexico law?

The question seems to be whether a reasonable person would have checked to see whether the gun was loaded with live ammunition — or whether that reasonable person would have taken the word of the weapons handler and others on the set who were in charge of the gun. I’ve got sympathy in this case for Baldwin, and I’m not sure what would be accomplished by convicting him. (The Santa Fe prosecutor also intends to charge the weapons handler.)

Yes, someone died. That’s horrendous, unfair and irreversible. But whether Baldwin was criminally negligent is an entirely different question.

Baldwin says he didn’t pull the trigger. Who knows if that’s the case; experts have suggested otherwise. I’m no expert on New Mexico law. Perhaps prosecutors are right to move forward. A trial, I guess, will tell us whether a jury believes beyond a reasonable doubt that there was negligence that merits a conviction and a potential prison sentence.

But I can’t help feeling that this could be one of those moments in which we‘re looking for a culprit to punish, just to satisfy our craving for justice. Not everyone involved in every tragedy has behaved like a criminal.