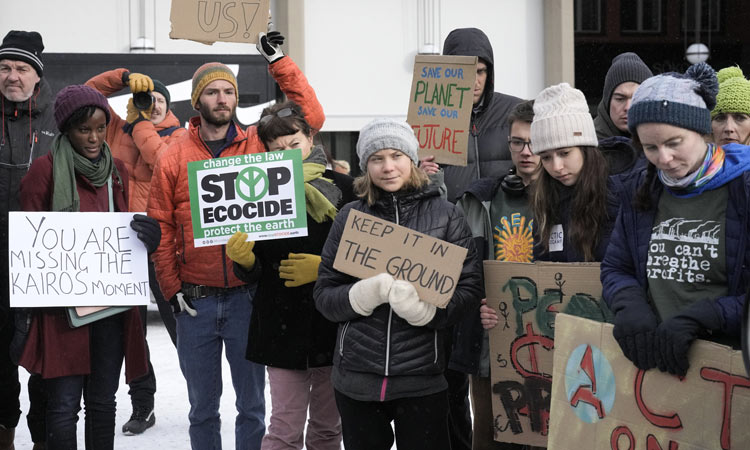 Most times when you see four masked men carrying away a young woman you would ring the police but this time it was the police doing the carrying and they were riot police.

Swedish climate activist Greta Thunberg and others, who were not so newsworthy, were taken away when they were protesting outside the German village of Lützerath.

The destruction of a village where people had lived their whole lives in order to build a big hole in the ground, actually a coal pit mine, seems sad as well as being environmental vandalism.

Maybe rather than 'bravely' carrying away a little girl they should listen to her because it appears few people are really aware of the dangers and destruction the search for non-renewable energy sources entails.

Let's be brave enough to accept that there is climate change and damage to the environment and try to find solutions.