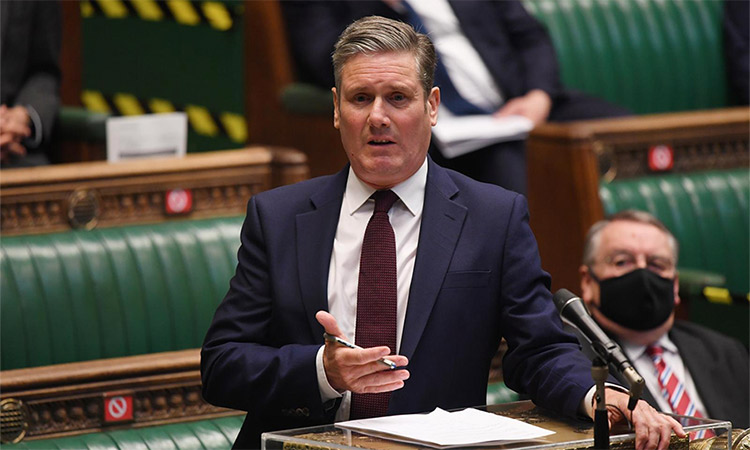 The lament of the death of the high street is not a new tune. It’s been played across the North, the West Midlands and the more deprived parts of the rest of the UK for several years now.

The story of boarded up shop fronts, anti-social behaviour and plunging civic pride has been a central pillar of the discourse around levelling up since before the 2019 election.

A combination of online shopping and Covid has resulted in footfall in Britain’s post-industrial town and city centres collapsing for good, while the empty shopping districts, proliferation of charity shops and soullessness of desolate streets has led to something close to a crisis of confidence in many of our communities.

Indeed, it was one of the issues that came up time and again in political focus groups, before and after the red wall flipped to blue.

But something interesting is happening. We are now witnessing this problem spreading beyond just the areas of the country known by some policy wonks and political strategists as “left behind”. What you’ll see if you venture out Christmas shopping this weekend is an increasing number of boarded up shops in towns and cities hitherto considered largely immune to the problem. The home counties and affluent London suburbs are now experiencing a tangible decline of high street shopping too.

It turns out that there are only so many boutique pop-ups even Chiswick can support, as traditional high street retailers literally close up shop and “focus on online growth”.

Even our great capital city’s centre, it would seem, is on the edge of failing. Don’t just take my word for it. This week the BBC published details of a major study that confirmed what we already knew — banks, clothes shops and department stores are fleeing our high streets. Town centre degradation is only one part of a wider malaise. This kind of thing is hard to measure, but in the focus groups I run, the great British public seems to think it is witnessing a breakdown in the stuff that makes their lives easier, better and safer.

The trains barely run even when they’re not on strike; there are job vacancies, but they’re mainly in online retail warehouses; crime is on the up; grocery and household bills are rocketing; and, yes, the local high street is a very sorry reflection of their community.

What does this all mean for politics? And is there any danger of either political party reversing this decline in the quality of life, or even just the decline of town centre life?

From a Conservative perspective, it looks very likely that much of the red wall will decide that levelling up hasn’t delivered anything tangible at all (such as cleaner, happier and busier high streets) and flip back to the Labour at the next election. And because the same problems associated with towns in the post-industrial North are beginning to appear in affluent Sothern communities, this also presents a challenge to Tories in what used to be ultra-safe seats, with a growing sense that the so-called blue wall might flip to Labour or the Liberal Democrats in 2024.

But Labour should not be complacent. Gordon Brown might have delivered his plan to devolve power and economic regeneration to local communities earlier this week (Sir Keir Starmer’s answer to levelling up, apparently) but I still get next to no sense of a Labour vision for breathing new life into our high streets and town centres and what a reversal of years of urban decay would look like in practice. Normal voters also share a cynicism about what Sir Keir’s Labour Party can deliver in this area.

This really matters to people both in the North and in the South, where many communities now feel left behind and where their high streets are a source of civic shame, not civic pride. This decline can and must be reversed, but does any politician actually have the will or drive to really make it happen?