The lost art of making a phone call - GulfToday 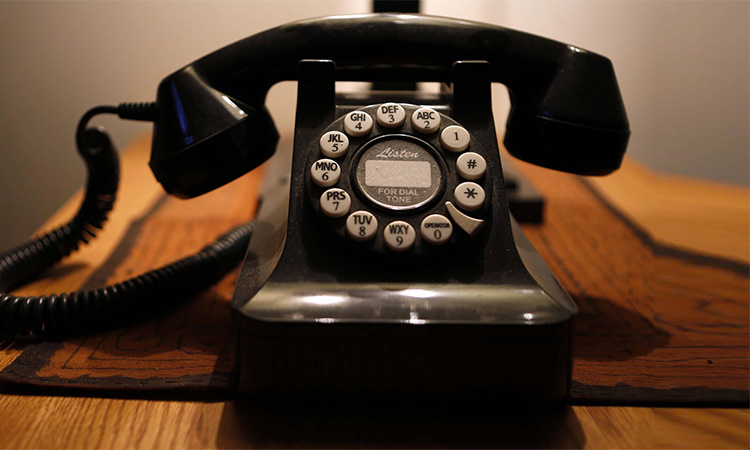 When I was around 16 I was just starting to try and organise something approaching a social life, and summoning up the courage to ask someone out on a date (singular: I’m not greedy and my school was all-boys, which didn’t help). My mission, tricky as it would be even today, was made immediately more difficult because we didn’t have a phone.

Not, “we didn’t have the latest iPhone. Not, “we couldn’t get one of those new Nokia mobile telephones”. No. We didn’t have a phone in the house at all.

We were bereft of any telephonic means of communication. It’s hard to know what we would have done if there’d been a 999 medical emergency. Knocked on a neighbour’s door, if we suspected they were flash enough to have one. Otherwise (and for the purposes of meeting mates at the pub or girls at the pictures) making a phone call required collecting sufficient coins (2p and 10p), traipsing down to the nearest phone box, hoping that the mechanism wasn’t jammed or the apparatus smashed by yobs, getting through eventually and then being told “she’s just gone out with her friends”. And no, her mam wouldn’t say where Susan had gone.

Then it was home and a night in front of the telly — ATV Today, Coronation Street, Porridge, Nine O’Clock News, Play for Today, Bilko. Not so bad, actually. More frustrated with my lack of a social life than even my acne, I eventually pestered Mum into us getting our very own dedicated line. Privacy was vital, so obviously we couldn’t have what was called a “party line”.

These were when you shared with the neighbours — and it meant you’d have to wait until they’d finished nattering for you to make a call. (It was also even less interesting than you might think to have to listen to the gossip going down at the Co-Op shoe factory). There was no way sensitive aspects of my love life were going to be eavesdropped by next door.

In 1979, not long after Mrs Thatcher had got in — but before she reformed the economy — you still had to wait a couple of months for a state company, Post Office Telecommunications (that’s right, about eight weeks delay) to come round and install the thing.

The light, wedge-shaped “Trimphone” was an extra 25p a month or something to rent (you didn’t buy and own “your” phone, ever), so we made do with the familiar, traditional smart black model. Leicester 702903. So proud.

I will admit that in the first over-excited phase of ownership I was never off the phone: friends, family abroad, directory enquiries, anyone really. I even tried a few random numbers to try and have a chat, comparing the weather in Leicester to whoever answered — cold in Peterhead, rainy in Todmorden — and so on.

A phone encounter with someone recently bereaved put an end to my jolly little experiment in reaching out to strangers across the British Isles. So enamoured was I of the new toy in our lives that I even ran up a bill for the Dial-a-Disc service, where you could select, via the dial (not buttons), one of the chart toppers of the day. The one I can recall listening to non-stop was the re-release of “Green Onions” by Booker T. & the M.G.s, which (via the modern miracle of the web) I can date to around January 1980.

I may as well have been Alexander Graham Bell making the first-ever call in 1876, such was my enthusiasm.

I don’t listen to pop on the phone much nowadays, apart from YouTube (I add casually, like it’s the most natural thing in the world). The landline sits in a corner, unused, slightly neglected, as a now redundant adjunct to the broadband connection. But the smartphone is still my primary means of communication, and, during lockdown, was less of a faff than Zoom and more immediate and comprehensible for long talks than messaging or emails.

On a phone, you can be sarcastic without *additional* punctuation or being misunderstood, and you can just wander around the house and make some tea while you catch up and arrange to meet up – sometimes in the same boozer we did in 1979.

Unlike Twitter, you don’t get death threats (well, not many). It’s still how I stay connected. Just as it was when I first discovered it, I don’t know how I’d manage without the telephone.