An end in sight - GulfToday 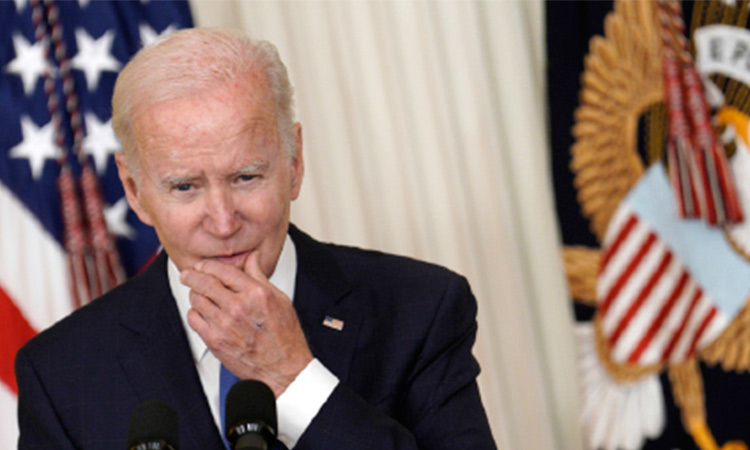 Russian President Vladimir Putin has said he is “open to negotiations” to end the Ukraine war if the West accepts Moscow’s maximalist demand for recognition of Russian sovereignty over Ukrainian land annexed at the end of September. Russia has already lost parts of the annexed territory and neither Ukraine nor the West can accept this demand.

Putin made this impossible offer in response to a statement by US President Joe Biden that he is ready for talks if the Russian shows an interest in finding a way to halt a war. This conflict is not only devastating Ukraine but also depriving poor countries of grain, rich countries of fuel, and stoking global inflation. Biden spoke after a state visit by French President Emmanuel Macron, who has maintained contact with Putin and tried but failed to mediate between Russia and the West.

While Biden and Western leaders have argued Ukraine must decide when to negotiate, Kyiv insists on its maximalist demand that Russia must withdraw from all that country’s territory, including the Donbas and the Crimean Peninsula, Russian-majority regions which Russia occupied in 2014. The Crimean port of Sevastopol is one of Russia’s few warm water maritime assets. Russia can never accept this demand and it is doubtful that the US and its allies will insist on on it if and when negotiations begin.

The result is deadlock. Fighting in the east of Ukraine and Russian attacks on its power stations are aimed at forcing hardline Ukrainian President Volodymyr Zelensky to be ready to cede the Donbas and Crimea. A former television actor, Zelensky was elected president in 2019, successfully handled covid and an economic recession and carried out out modest reforms. He made a serious attempt to resolve the Donbas problem and reach an accommodation with Russia. He was cautious when tensions with Russia peaked in late 2021 and after the the Russian invasion he warned the West against making the situation worse as this could destroy Ukraine’s economy. But US President Joe Biden and ex-British Prime Minister Boris Johnson were determined that Ukraine should confront Russia militarily, provided Ukraine with the means to defend itself, and compelled Europe to follow suit.

Given full support by the US, UK, Europe, and NATO, the initially cautious Zelensky has become a dictator at home and abroad. He has skilfully used willing Western politicians and the international media to project the Ukraine conflict as a war for democracy and a war to protect Europe and the world from autocracy. He has, however, been cautioned when he has made unacceptable demands and, when Ukrainian missiles fell in Poland, he attempted to blame Russia for two fatalities and damange to a farm.

While the West continues to pour arms and munitions into Ukraine, “General Winter” — who defeated Napoleon’s half million strong army in 1812 — has already disrupted the ground war and is punishing Ukrainian civilians by denying them light, heat, water, and, even, food as cold penetrates their homes and snow falls.

Aware of General Winter’s natural arsenal, US armed forces chief General Mark Milley suggested that an opportunity to negotiate must be taken. Milley, apparently, broke with Biden on this issue but Biden has no direct experience of warfare. He is an armchair warrior who, as a senator, agonised over his son Beau’s service in the US forces in Iraq. Beau survived this conflict in 2009 but died of brain cancer in 2015.

Biden is determined to remain committed to his Ukrainian proxy. He seeks a Ukrainian victory on the battlefield and has just asked Congress to appropriate another $37 billion to his war. This sum will have to be approved before January when penny-pinching Republicans become the majority in the House of Representatives, which exercises the power of the purse. This sum also comes on top of the $54.43 billion in US military and non-military aid estimated by the German Kiel institute as reported by Steve Robinson on the Maine Wire. This would boost the figure to $91.4 billion, a fantastic amount to be provided for weapons and humanitarian aid (“guns and butter”) as well as cash transfers to, as Robinson noted, one of “the most corrupt countries in Europe.”

This sum must be measured against the $51.5 billion the UN is asking donors to supply for 230 million needy people in 70 countries during 2023. UN emergency chief Martin Griffiths warned that needs are rising due to the war in Ukraine, covid, and climate change. I fear that 2023 is going to be an acceleration of all those trends, and that’s why we say … that we hope 2023 will be a year of solidarity, just as 2022 has been a year of suffering.”

Like many other commentators, Robinson rejects the notion that the US is simply trying to defend itself against Russia and argues that this is a “proxy war between the Russia and the US.”

In my opinion, it is a war between the US and the defunct Soviet Union waged by octogenarian armchair warrior Biden and who remains true to the Cold War mentality. He is enthusiastically assisted by a revived NATO which was in terminal decline until Russian troops crossed into Ukraine.

The role of Western powers and NATO in creating Putin’s casus belli cannot be ignored. As he deployed 100,000 troops along Ukraine’s border with Russia in late 2021, Putin said he would stand down his forces if NATO rejects Ukraine as a member. Since taking power in 2020, Putin has repeatedly warned against this possibility as he sees NATO’s presence on Russia’s borders as an existential threat.

Following the collapse of the Soviet Union between 1989-91, Russian President Mikhail Gorbachev was told NATO would not move eastwards “one inch” into former Soviet bloc countries. Nevertheless, NATO recruited them one-by-one and Western leaders promoted Ukraine’s association with the alliance. NATO formed a partnership with Ukraine in 1992 and created a Ukraine-NATO commission in 1997 as a discussion forum without granting Ukraine membership. Ukraine applied to join NATO in 2008 but this plan stalled and was revived after Russia annexed Crimea in 2014. In 2019 Ukraine adopted a to constitutional amendment committing Kyiv to NATO membership even though several European countries pledged to use their veto against Ukrainian membership. This was seen by them as a liability due to fierce Russian opposition.

The president spoke out in a rare televised interview as his administration looks for what he has described as an "off-ramp" for Putin to deescalate his invasion of Ukraine before he resorts to weapons of mass destruction.