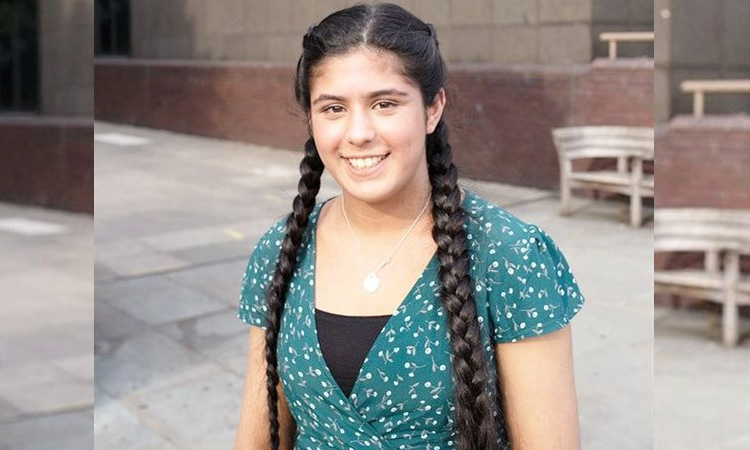 This week, I got to make history. At 18-years-old, I received an honorary doctorate from the University of London for my work in climate justice, making me the current youngest holder of the award globally.

Having not yet started my undergraduate studies, I still can’t quite believe it. I’m contributing to policy before sitting my GCSEs, and I’m organising UK-wide protests before prom. I can’t put into words how grateful I am to the university for this honour and I don’t think I ever will be able to. I also doubt I’ll ever shake off the imposter syndrome that comes with it.

But I never got into the climate justice space seeking accolades, and that remains the case now. In fact, I feel slightly uneasy to be awarded for work that shouldn’t have to be done; work that is done off the back of crisis and disaster. This in itself poses a whole lot of philosophical arguments that I’m not sure anyone is capable of answering. But grappling with such questions has taken me on quite a journey.

I traded the majority of my childhood to climate action. I am struck by how I was, and am, privileged enough to be able to choose to do so. For those on the frontline of the climate crisis, climate action is not a choice, but a matter of immediate survival — a form of action we often overlook. Finding shelter after a hurricane, rebuilding lives after floods, replenishing resources after drought are all demonstrations of climate action, equal to, and if not more significant, than my policy contributions or protest organisation.

All these actions are united by a relentless fight for survival in the face of the climate crisis. That determination is the message I want everyone (including myself) to take away from this award.

We live in a world that is undeniably terrifying, whether that is because of the climate crisis, structural poverty, inequality and so much more. Yet, instead of giving up in the face of such horrific realities, we keep going. We keep fighting in our own ways because if we don’t, who will?

This radical hope is what drives me and so many others. Hope is a verb: we don’t just find it everywhere but we have to fight for it too. We have to uphold the things that inspire hope too; from something as simple as having a community, to a dream as complex as changing the world. We have to make hope by believing we deserve better and doing all we can to get that, in whatever form that takes. I have gathered quite a collection of “firsts” and “youngest evers” in the climate and policy worlds. But I will be the first to tell you that none of it matters. The climate crisis may be driven by a select number of individuals who are over consuming, but it certainly won’t be solved by individuals. Only structural change will tackle it. We need transformative action from the grassroots up, and that won’t be led or secured by any one individual.

Even on a personal note, every accolade I have would not have been possible without the community of people I have by my side. Whether that’s my teachers, my family and friends, MPs like Nadia Whittome who have used their positions of power to help, and countless other people in my life, I’ve had incredible support that has enabled any change to be secured.

But I don’t just owe this to the people in my life, but to every single person who has carried on in spite of the climate crisis to demand better, to fight for the world we deserve. I truly believe that change is not just a necessity, but an inevitability that we can create together starting with something as simple as dreaming.