Hold Iowa caucuses in spring, it won’t change much - GulfToday 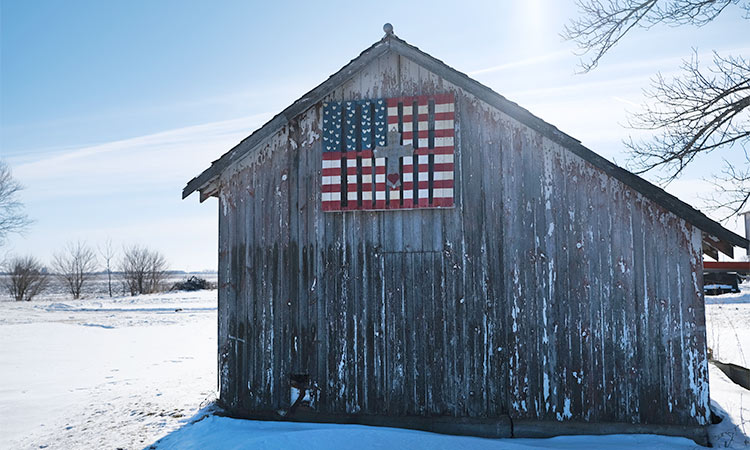 An American flag is painted on a barn in Emmetsburg, Iowa. Tribune News Service

The Democratic National Committee is expected to make some big decisions in the next few days about the presidential nomination calendar. It seems likely that the party will seek to demote Iowa from its role as the first state to select a presidential nominee.

It’s a big change on the surface. Iowa has had first-in-the-nation caucuses since 1972, and Democrats have been fighting about it for almost that long. Now, after DNC committees have considered the matter, we’ll get the final decision about what the party really wants to do.

Ideally, Democrats will push back the Iowa caucuses and give the early slot to a more demographically diverse — and hopefully more procedurally competent — series of states. But making the switch will have less influence on the nomination than people expect, and it comes with risks to the party and to voters.

Party leaders are fed up with Iowa for many reasons. For starters, Iowa is overwhelmingly White and increasingly unrepresentative of the Democratic Party or the nation as a whole. Iowa also — not coincidentally — has evolved from being a very competitive state to being solidly Republican. In addition, Iowa is one of the few remaining caucus states for a party that has moved sharply toward primaries. (Democrats only held caucuses in three states (plus some territories) in 2020, down from 12 in 2016. Republicans have been less interested in removing caucuses, although since they had an incumbent president in 2020, the biggest change they made was canceling nomination events altogether in several states so that Donald Trump could win by acclamation (and, perhaps, to save some money).)

Democrats also are in the unusual situation of having a sitting president who was clobbered in both the Iowa caucuses and the New Hampshire primary and thus has little reason to heed those states’ preferences.  But by far the biggest reason the early Iowa caucus is vulnerable — and deserves to be — is because Democrats botched the voting process in the state in 2020, failing to report any results on the day of the caucuses. That followed some sloppy electoral management going back several cycles. The problems have made it far more likely that the party will try to persuade Iowa to shift the caucuses later.

Even if the DNC decides to adjust the calendar, that is only the first step. The national parties can’t force states to comply, and with Republicans apparently happy with the way things are, it will be hard for Democrats to get the calendar they want. As the DNC heads toward a decision, there are a few things the committee should bear in mind.

The impact of early states is massively overrated. In 2020, the eventual Democratic nominee finished a weak fourth in Iowa and an even weaker fifth in New Hampshire. Less than a month later, Joe Biden had more or less wrapped up the nomination. In 2016, Hillary Clinton won the nomination with a comfortable margin after Sen. Bernie Sanders fought her to a tie in Iowa and then defeated her solidly in New Hampshire.

It isn’t 1976 or 1984 anymore, when obscure candidates such as Jimmy Carter or Gary Hart could surprise everyone with an unexpectedly strong showing in Iowa and springboard from there into serious contention. Instead, those who are involved in party affairs know to discount strong Iowa and New Hampshire finishes for candidates with little support among Black and Latino Democrats. At most, early nominating contests give either a small boost to candidates or, more likely, force out contenders who were marginal to begin with. They don’t determine the nomination. Parties benefit from stable rules and procedures. Stability is important, especially in the US where parties are decentralised and consist of both formal party organisations (such as the Iowa Democratic Party) and informal party networks. For those thousands of party actors, it helps that everyone agrees on procedures, on how to interpret events on the campaign trail (such as campaign finance filings, polls and primary results), and agrees to cooperate and compete over the nomination through established, well-understood procedures.

That’s especially true because unlike most other democracies, US parties conduct their nominations through primary elections, which makes it harder for parties to influence the outcomes. They still collectively control resources — money, endorsements, expertise — that help candidates win those primaries. That can allow parties to nominate coalition-style candidates who represent a broad range of the groups and interests.

But when the status quo is disrupted, it is harder for politicians, donors and activists to coordinate on a candidate. And candidates can go around the party and win by appealing to smaller constituencies. That’s what happened in 1976 when Carter, a factional candidate, gamed a new system that others didn’t understand and was able to win without broad party support. He went on to win the general election, but his shallow support within the party hurt his effectiveness as president. The sequential presidential nomination system depends on winnowing the field. The better everyone understands how the process works, the more likely party resources will stop flowing to losing candidates and the sooner those candidates will recognise the situation and end their campaigns.

Timing, Timing, Timing. While Democrats are focusing on which states will go first, they are ignoring another problem of the nominating calendar, namely that the value of sequential primaries and caucuses has been eroded by early voting. The logic behind the calendar is that results in one set of primaries will inform what happens in the next round. But the shift to early voting in many states undermines that concept, as candidates who drop out of the race days or weeks before caucus or primary day nevertheless receive plenty of votes. Around 13% of the vote in Utah and 9% in California on Super Tuesday in 2020 went to former candidates. A week later, candidates who had already quit won a whopping 24% of the vote in Washington state.

Democrats have strongly supported early in-person and mail-in voting because the party values making voting easy, and rightly so. But no one benefits when so many voters are effectively disenfranchised by voting for candidates who are no longer in the race.

In general elections, it isn’t a big deal if early voters don’t have the same information as those who wait until Election Day. Most early voters are strong partisans, and late-breaking information is unlikely to change their vote. But in primary elections, late information could be far more relevant for voters.

There isn’t an obvious way to solve this without disrupting a healthy winnowing process or making it harder to vote. One option would be to have a shorter early-voting period for presidential primaries. Primaries and caucuses also could be spaced further apart. But the issue isn’t going away, and the parties, especially the Democrats, have been slow to address it.

So while moving the Iowa caucuses out of their traditional mid-winter slot isn’t a slam dunk, the advantages of change outweigh the advantages of the status quo. Whatever the DNC decides, they should try to stick with it for a while.

During his first days in office, US President Joe Biden has signed dozens of executive orders cancelling his predecessor’s most damaging decrees, including the ban on the entry of Muslims 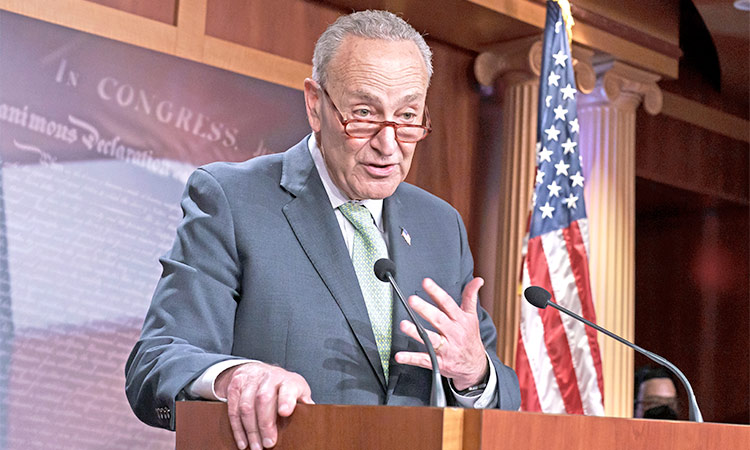 Senate Majority Leader Chuck Schumer and Democratic Sen. Joe Manchin secreted themselves in a basement room at the Capitol. 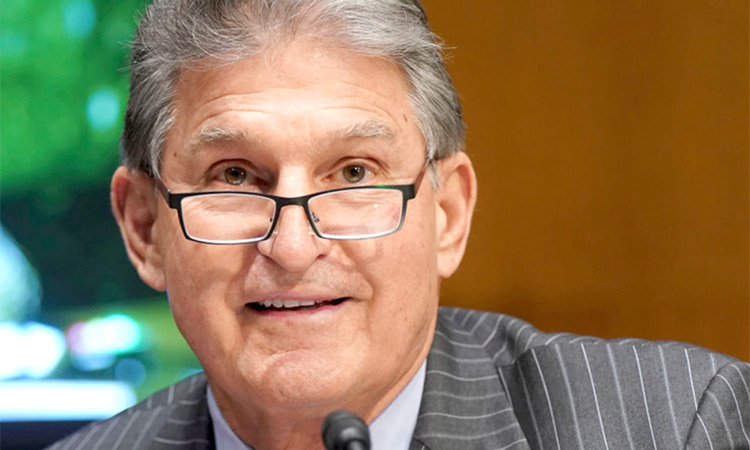 Joe Manchin is a Democrat senator from the small eastern state of West Virginia which is famous for its wooded mountains, coal mining, and logging industries.