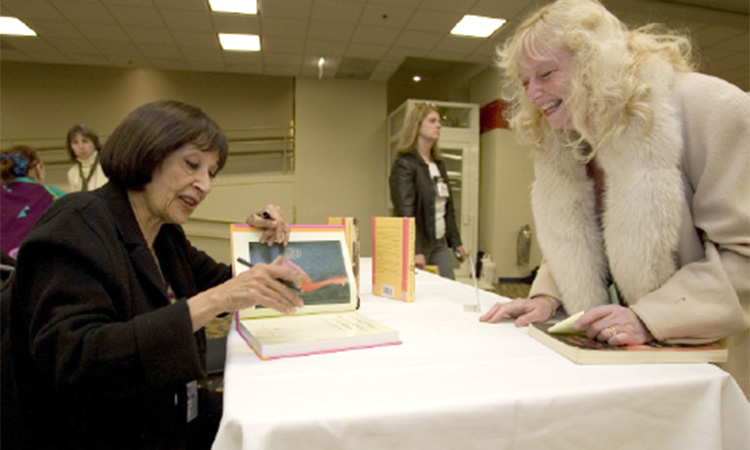 Madhur Jaffrey, left, signing cookbooks at the IACP Culinary Showcase in Chicago back in 2007.

Three women chefs have changed the way millions in the West eat and have, to a certain extent, affected their perceptions of distant cultures and peoples. The first of these cooks was Julia Child, the wife of a US diplomat based in Paris who learned to make classic French food. Before her death at 91 in 2004, she produced 18 books, launched a decade-long television series, and inspired a number of films, including Julie and Julia (2009). She won half a dozen prestigious awards — among them the US Presidential Medal of Freedom — and had a yellow rose named for her. Her career as a TV chef inspired generations of chefs who now produce national and foreign dishes on television screens across the world and are popular in the UAE.

The second is Britain-based, Egypt-born Claudia Roden, 85 years of age, who introduced Middle Eastern cooking to Britain and the wider world. Her “Book of Middle Eastern Food,” published in 1968, launched a revolution in this region and abroad in home cookery by providing simple recipes for tasty dishes other than kebabs and hummus. She also became a television chef and published 21 cookbooks covering cuisines from around the Mediterranean while qualifying as a cultural anthropologist.

The third is Madhur Jaffrey, now 89, who combined a successful acting career with writing about and promoting Indian cookery. Born in Delhi in 1933 during the British raj, she began acting at the age of five in a kindergarten play and was encouraged during higher secondary school to take part in school dramatics, including Shakespeare’s “A Midsummer Night’s Dream.”

A supporter of Mahatma Gandhi’s campaign for Indian independence, she experienced first-hand at school the divisions between Hindus and Muslims on the issue of partition. On Aug.15, 1947, India’s Independence Day, she watched the transfer of power at New Delhi’s India Gate and before his assassination in 1948 attended Gandhi’s prayer sessons at Birla House. Since her family had a cook, she did not learn to cook at home and failed a school course in cooking. She gained acting experience by taking part in plays broadcast by All India Radio, her first professional work.

She continued to perform during and after her university years. During the early 1950s, she met and fell in love with fellow actor Saeed Jaffrey. They were separated when she earned a scholarship to study at the Royal Academy of Dramatic Art in London where, to supplement her income, she acted roles in BBC productions. Relying on simple home recipies sent by her mother, she learned to cook Indian food in self-defence, as British food was boring and Indian restaurants were appalling.

In 1955, Saeed Jaffrey won a Fullbright scholarship to study in the US. She followed him and the couple married in 1957 after both had graduated and secured work in the US. There she met Indian film maker Ismail Merchant and introduced him to his US collaborator James Ivory. They became a celebrated duo who produced iconic award-winning films including Shakespeare Wallah which was based on the experiences of a troop of British actors performing the Bard’s plays while touring India. Madhur Jaffrey starred and earned a top award, the Silver Bear, at the Berlin Film Festival.

Subsequent Merchant-Ivory films included the classics “Room with a View” and “Howards End” — both adapted from E. M. Foster novels — which won Oscars in 1986 and 1993, respectively. They made Oscar nominated “The Remains of the Day” based on the 1989 novel by the Nobel Prize-winning British author Kazuo Ishiguro, and “Heat and Dust” which was nominated for a Palme d’Or at the 1983 Cannes Film Festival.

By 1964, the Jaffrey marriage had gone sour and they divorced in 1966. While her acting career gained momentum, she provided for her three girls by writing for travel magazines on art, music, dange drama and architecture.

In 1966, Merchant promoted Madhur Jaffrey as an “actress who could cook” by inviting the New York Times food critic to dine on Indian food at a friend’s flat. This encounter led to her first contract by an independent editor to write a book on Indian cooking. She gathered recipies from her mother and elsewhere. After several rejections, the book was accepted by Alfred Knopf editor Judith Jones who launched Julia Child’s initial massive tome on French cooking which numerous publishers had shunned.

In 1969, Jaffrey married Sanford Allen,  the first African-American violinist with the New York Philharmonic orchestra. “An Invitation of Indian Cooking” appeared in 1973 while Jaffrey taught at the James A Beard School of Cooking in New York and at home and presented a prorgramme on Indian

cooking for the BBC. Her second career as a chef ran parallel to more film and theatre roles.

She has produced nearly 30 cookbooks, three children’s books and an autobiographical book, “Climbing the Mango Trees: A Memoir of a Childhood in India” as well as magazine articles. Well ahead of the need for meat consumers to change their eating habits to battle climate change, she published several vegetarian cookbooks, notably “Madhur Jaffrey’s World Vegetarian.” This 1998 award-winning work presented more than 650 recipies from five continents.

In a June 2021 article in the Guardian Jay Rayner discussed “ten cooks who changed the way we [Britons] eat.” The first on his list was Madhur Jaffrey whose 1982 “Indian Cookery” which he wrote, “was the first book about Indian food by an Indian person to reach a mass British audience, selling hundreds of thousands of copies.” Changing how people eat can and does change their minds about civilisations and cultures other than their own. 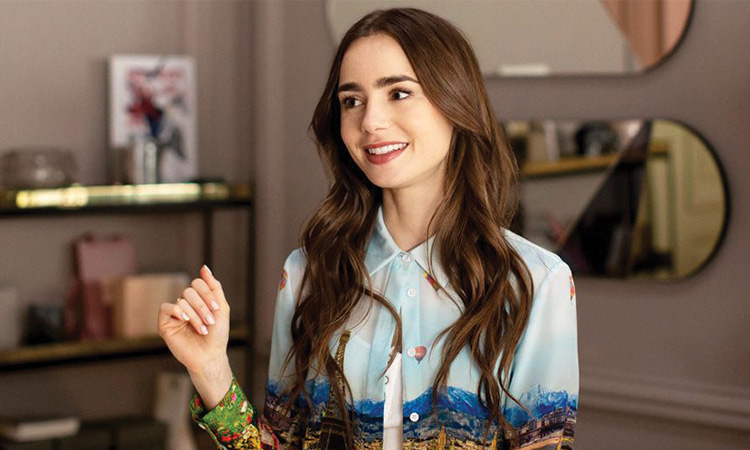 With the summer television season practically over and coronavirus still lurking over all our heads, one would have thought that the fall TV season line up would be somewhat quiet and disappointing. Guess again. 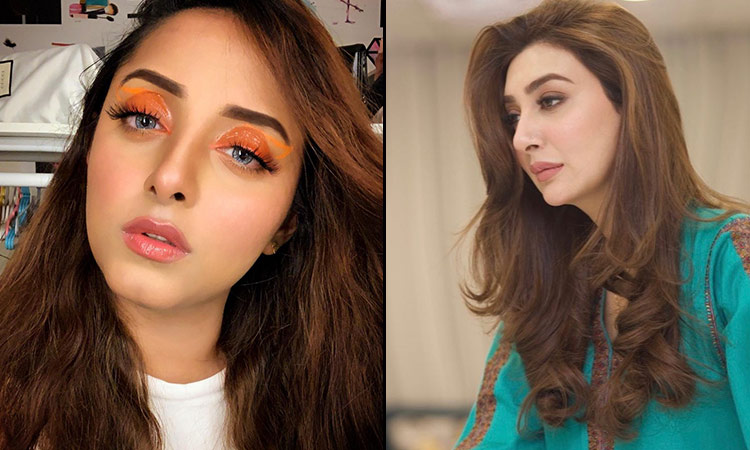