We shouldn’t move on from disasters of ‘party democracy’ - GulfToday

We shouldn’t move on from disasters of ‘party democracy’ 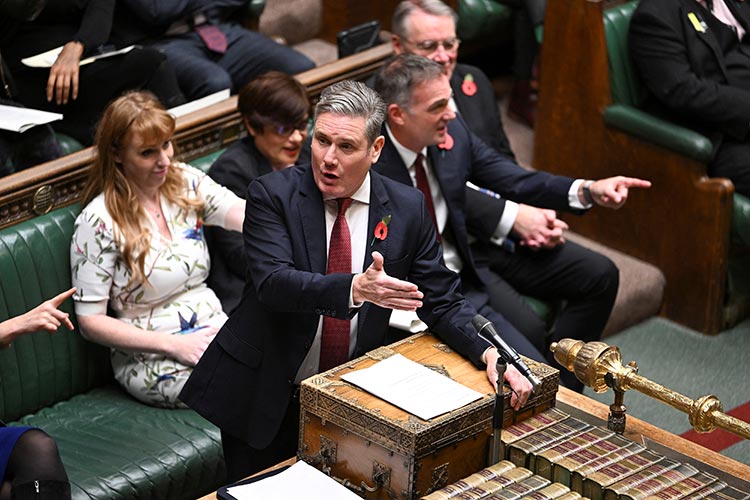 The insouciance with which some Conservatives have walked away from the wreckage of the shortest premiership ever is surprising. Iain Duncan Smith wrote an article saying that Liz Truss was basically right and warned Rishi Sunak against putting up taxes too much. Boris Johnson thought that the collapse of her government made the case for the return of a prime minister who had even less support among Conservative MPs than she did, although admittedly he changed his mind.

He was right the second time. Truss’s election as Conservative leader and prime minister was a disaster for the country and the party, and although the immediate reason was that she raised spending and cut taxes when the public finances were weak, the fundamental reason was that she did not have the positive support of a majority of her own MPs.

Labour narrowly avoided making the same mistake in 2017. If Theresa May had lost a few more seats, she would have been unable to command a majority in the Commons even with the Democratic Unionist Party. I know from private conversations with some Labour MPs at the time that a handful of them would have supported her continuing as prime minister rather than allowing Jeremy Corbyn to form a minority government.

But if May had lost badly enough to allow Corbyn to form a government, it would not have been a success. I am not saying this because I disagree with Corbyn (although I do), and I am not saying it, more specifically, to disdain the idealism of his supporters. You can be as idealistic as you like, and we Blairites were wrong about Corbyn’s voter-repellent properties. But you cannot govern effectively, as Johnson admitted when he withdrew from the last Tory leadership contest, if you don’t have the support of your MPs.

Only a few Labour MPs in 2017 would have gone so far as to leave the party and vote to keep May in power, but the vast majority of them would still have been deeply out of sympathy with Corbyn as prime minister. “You can’t govern effectively unless you have a united party in parliament,” as Johnson said in his statement announcing that he would not be running.

Both main parties, then, should have learned that giving their members the final say in the choice of leader is a bad idea. It is worse than a mistake; it is a constitutional outrage. A parliamentary democracy rests on a government that commands the confidence of a majority in the House of Commons. (This would be true, incidentally, even if we had proportional representation.) To impose a leader on a government who is opposed by a majority of that government’s MPs is asking for trouble. In 2017, the country and the Labour Party avoided that trouble; this year, the Conservative Party wilfully drove into it.

We know why Labour in 1981 and the Tories in 1998 changed their rules to take away the right of MPs and MPs alone to vote in leadership elections. It was for factional advantage. In 1981, supporters of Tony Benn wanted to fix the rules in his favour. Miraculously, they failed to fix them well enough, and Benn lost the deputy leadership contest, a dry run for a tilt at the top job, against Denis Healey by 0.8 per cent.

In 1998, William Hague fixed the Tory rules to make it harder for Michael Portillo to challenge the leadership when he returned to parliament after losing his seat to Stephen Twigg.

In both cases, the argument for change was dressed up in cant about “party democracy”. Superficially, it sounds right to say that more people having a say is more democratic. But a moment’s thought — or a Twitter poll — should tell us that this is a category error. One of the benefits of the Truss disaster was that it was a such a public refutation of the fallacy. The nation watched in perplexity as a tiny and unrepresentative section of the population chose our next prime minister. It was the first time that party members chose as head of government a candidate that the MPs would not have chosen (in 1994, Labour members chose Blair; in 2005 Tory members chose Cameron; and in 2019 they chose Johnson).

The important question now is whether either or both parties can go back to the election of leaders by MPs alone. The Conservatives seem more likely to. It is significant that Conservative Home, the activists’ website founded by Tim Montgomerie and now edited by Paul Goodman, a Tory former MP, has proposed a deal by which members give up the right to vote in leadership elections in exchange for the right to elect the party chair, who has a seat in the cabinet.

Even more significant was that this was supported this week by John Strafford, who is a junction-box in the hidden wiring of the Tory party. He runs an outfit called the Campaign for Conservative Democracy, and for decades he has been a mirror image of the Bennites in the Labour Party — except that he is no ideologue and is not promoting a faction within the party. He is a sincere advocate of members’ rights, but he can see that the idea that such rights are advanced by a vote in leadership elections is “fatally flawed”. He rightly focuses on the right to select candidates free of interference from Tory HQ, a form of party democracy that is compatible with constitutional principle.Unfortunately, it will never be a prime minister’s priority to change the rules back. Rishi Sunak will not want to antagonise the majority of party members who want to retain their vote in leadership elections. A rule change depends on a cluster of people, including Nadhim Zahawi, the party chair, Peter Booth, the deputy chair, and activists such as Strafford: they have to accept that it is in the party’s and the country’s interest to make the change.

It is less likely to happen in the Labour Party. Keir Starmer’s changes to leadership rules at last year’s annual conference were a small step in the right direction, but the main change he made was to raise the threshold for a leadership challenge to 20 per cent of MPs. Who knows how things will be when Labour next changes leader. It may be that the party members and MPs will agree that Wes Streeting is the obvious candidate to succeed Starmer after two successful terms as prime minister. Or it may be that the members will have gone on another holiday from reality in pursuit of idealism via the mirage of “party democracy”.

Either way, it may be a long time before either main party decides to put the country first, party second and factional advantage last. 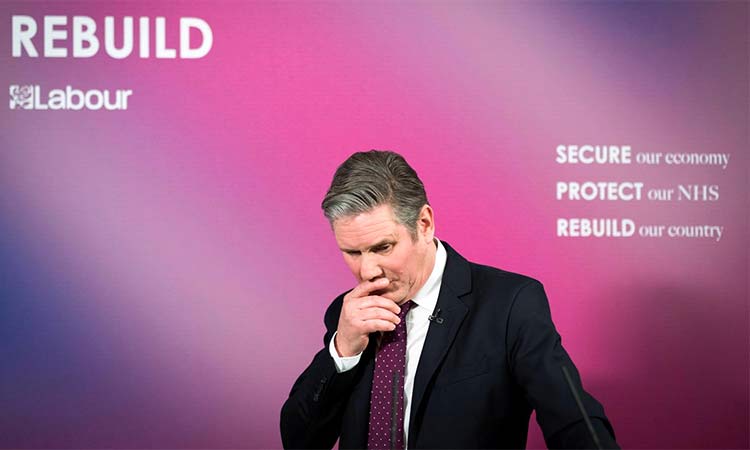 I’ve got a terrible feeling that “Beergate” might end badly for the Labour Party: Starmer might survive. And that’s a bad outcome for the party, if not its leader. He is a wounded animal at the moment, unable to do the job of leader of the