Teachers and NHS staff are striking and leaving - GulfToday

Teachers and NHS staff are striking and leaving 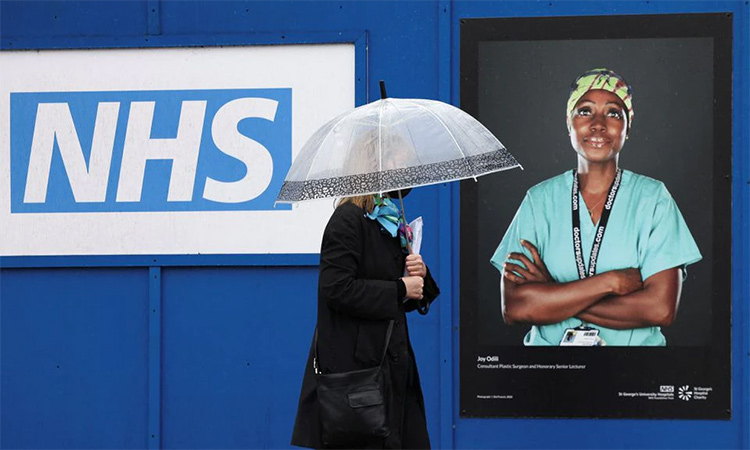 A Londoner walks past an image of a National Health Service (NHS) worker displayed on hoardings outside a temporary field hospital at St George's Hospital in London. Reuters

Union bashing: it’s the same tired old song, deployed whenever the Tories are feeling the pinch. And sometimes even when they aren’t. In that respect, Liz Truss raging against “militant unions” and their alleged part in her comical “anti-growth coalition” was just so much scratched vinyl. My, how that party needs a new stylus. Disruption, however, is coming. There are strike ballots planned or in progress across the public sector, including the Royal College of Nursing’s first ever potential strike over pay. But it is the direct result of Tory policies — exacerbated by the spectacular economic chaos cause by Truss and Kwarteng’s mini-Budget — rather than any union militancy. It isn’t militancy motivating this, nor anything like it. The workers currently contemplating industrial action are not naturally militant people. Nurses heal the sick. Teachers and their support staff nurture our children’s learning and growth. There are better paid jobs they could be doing. They know that when they embark on these careers, but they are people with vocations.

The trouble is, even vocations have to pay enough to cover the bills and right now, they’re aren’t doing that. As their wages are eroded, many feel they have no choice but to strike. I suspect that the public understands that — far too many are in the same boat. There is a grim joke in the health service when it comes to Truss’s proposals for minimum staffing levels during industrial action — it might mean that, for once, hospitals will be properly staffed. If you have a relative in hospital, you should thank the unions: they’re striking for proper staffing. Although, goodness knows how managers are going to meet Truss’s demands. The NHS has in excess of 130,000 vacancies.

To strike or not to strike? Faced with government contempt and with the bailiffs hammering at the door — some hospitals have gone as far as to set up food banks for their staff — others have found a different choice: they’re leaving. They’re going to work at Asda. Or at Sainsbury’s. Or at Tesco.

The job satisfaction isn’t the same, but there are worse places to work and the pay and conditions have lately been on an upward curve. In addition to staff discounts, subsidised canteens and paid overtime, these places come with another key benefit, even if there isn’t anything about it in the employee manual: you can leave the job behind when you leave the premises.

Unison, the UK’s biggest public sector union, says that the levels of pay at supermarkets are now competitive with lower grades in the NHS. They are often better than the meagre earnings of contract staff without whom hospitals would seize up — the porters, cleaners and so on. Let’s not forget them. They were all among those who were applauded on pandemic Thursdays, applauded by ministers too, I might add, in what today looks like a quite disgusting display of cynicism on their part. But why push a bed, when you could earn more pushing a trolley?

The union has highlighted the case of Jason, who worked in the NHS for almost five years. Low pay and work stress led him to take the reluctant decision to leave for a job with Asda’s home delivery team. The retailer invested in him, providing training that helped him to advance to become a section leader. Having started as a housekeeper in the NHS, he had plans to become a nurse. He now gets paid more and suffers less stress. Those plans are on indefinite hold. There will be more Jasons over the coming months. You may have noticed that Tesco has just ponied up for an unscheduled second pay rise to help its workers deal with the cost of living crisis. Envious eyes will be cast in their direction from across the public sector.

“Conservative chairman Jake Berry has already said that people who can’t pay their bills should either cut back or get better paid work. If key workers heed his advice, there’ll soon be no-one left to run our hospitals, schools and care homes,” says Christina McAnea, Unison’s general secretary. “The backlog won’t start to fall, nor waiting times and delays lessen unless the NHS can keep experienced employees.” 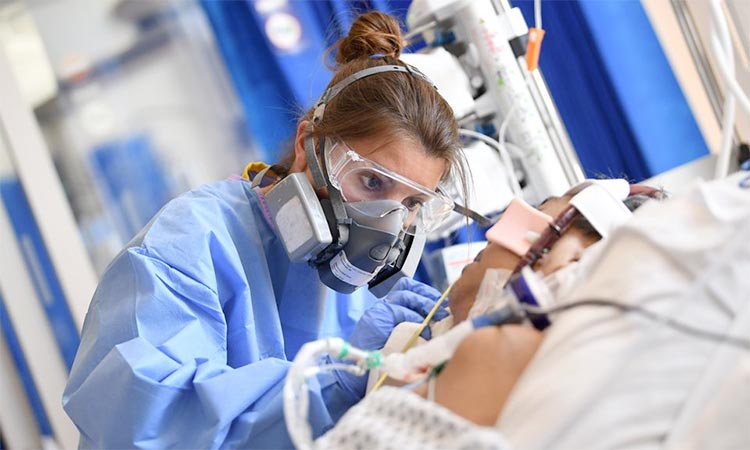 British dream: We need a bold new type of NHS

At some point, we are going to have to admit that the British dream has failed. If the American dream is about the equality of opportunity based on individual goals, its British equivalent is our addiction to homeownership and the way in which

The NHS must be held to account for misery

At last, the final inquiry into the Shrewsbury maternity scandal has been published. Thanks to the inquiry, led by Donna Ockenden, we now know that poor maternity care led to 295 avoidable baby deaths or brain damage cases at a hospital

Reading the results of this year’s NHS Staff Survey has left me deeply saddened, but unfortunately, far from surprised. Our health service is in the grip of a system-wide staffing crisis: 72 per cent of NHS workers believe services to be understaffed,